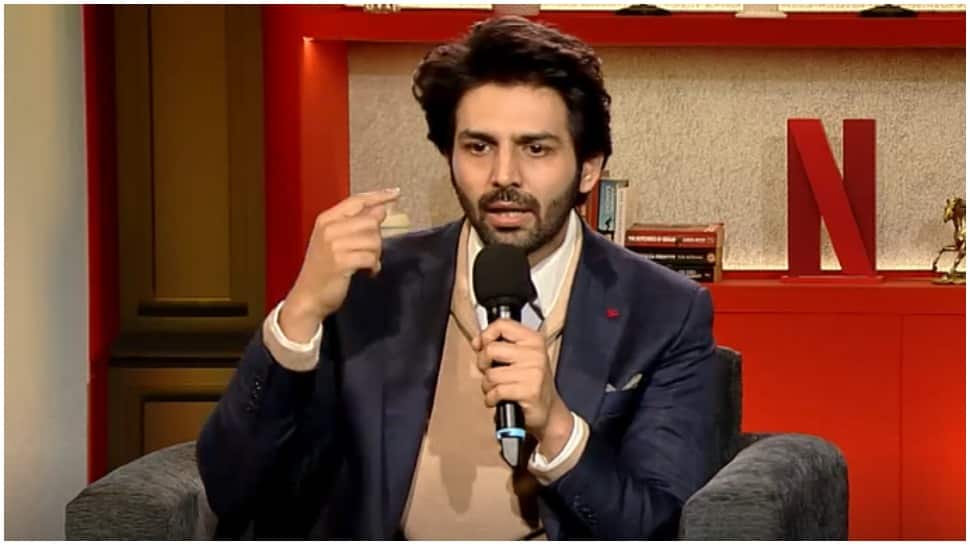 New Delhi: Kartik Aaryan gathered a huge fan base doing monologues and characters with romantic shades, but his new film Dhamaka presents him as a news anchor who unknowingly gets into a crisis situation.

Kartik says he got attracted to the content. He says, “It was a conscious decision to do something new, but the quality of content was also in mind. I haven’t seen it as a risk, but different.”

Did the grey shade cast any apprehensions about his popular image? “More than which side the character is tilting, I was interested in the thought process of Arjun Pathak. This person reacts in unexpected ways, may be humorous at times, but it was about the moral compass. It’s a mix of both.”

Watch: This is how Kartik Aaryan stayed in a studio for days to shoot Dhamaka

He adds, “I could see from the very beginning where could it go. I was living in that studio where everything started looking like a real-life situation to me. From coffee machine to everything, it looked real, like I could actually do podcasting or broadcasting from here. So, I enjoyed switching one gear to another.”

READ | Ravi Dubey plays a deadly con-man in Matsya Kaand; here’s how he felt after that

He further says, “It starts from a small thing, even he doesn’t know how things can escalate. In the beginning, he might have thought that he would be able to make a delay of 10 minutes but then things change. But then unexpected happens.”

Dhamaka is all set to release on Netflix on November 19.