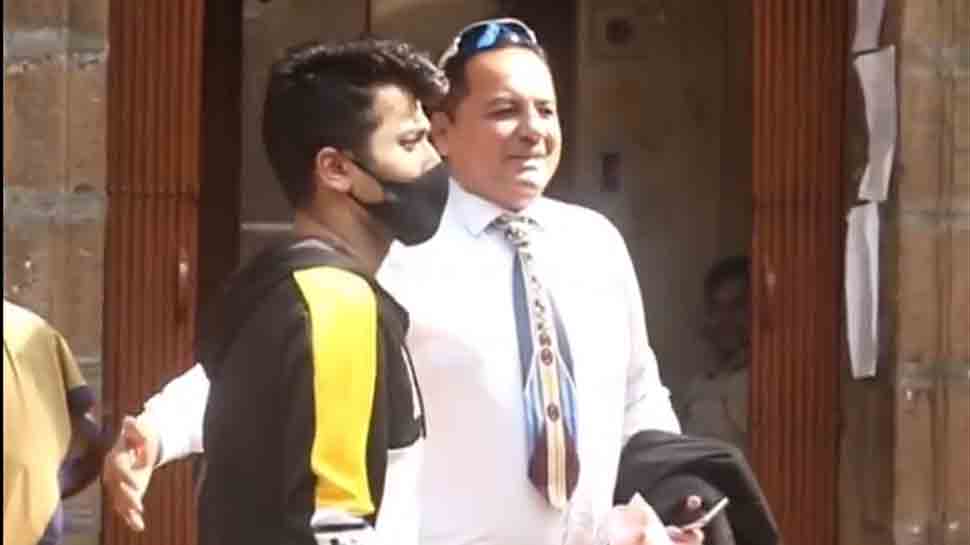 New Delhi: Shah Rukh Khan’s son Aryan Khan and his friend Arbaaz Merchant on Friday (November 26) appeared before the Narcotics Control Bureau to mark their weekly attendance. The two are out on bail in drugs on cruise case.

Arbaaz Merchant was seen accompanied by his father as he visited the NCB’s office. However, this time, there were some unusual scenes for the mediapersons to capture. As soon as Arbaaz stepped out of the NCB office, his father asked him to pose with him for the paparazzi. His father puts his arm around his shoulder and requested him to pose for the cameras, in much amuse to everyone.

As Aslam Merchant held his reluctant son and smilingly posed for the cameras, Arbaaz at one point of time facepalmed and said, “Stop it dad.” The camerapersons recording the video could be heard laughing over the scene. Even the netizens found it amusing and they expressed their views in the comment section.

Watch the video below:

Aryan Khan too was captured arriving at the NCB office today. The starkid was dressed in all-black and did not pose for the paps.

Last week, on November 20, the Bombay High Court, in its detailed order granting bail to actor Shah Rukh Khan’s son Aryan Khan and two others in the drugs-on-cruise case, had said that prima facie it has not found any positive evidence against the accused to show that they had conspired to commit an offence.

As per a PTI report, the court said that perusal of the WhatsApp chats extracted from the phone of Aryan Khan shows that nothing objectionable was noticed to suggest that he, Merchant and Dhamecha along with other accused in the case have hatched a conspiracy of committing the offence in question. For the unversed, Aryan Khan was arrested by the NCB on October 3 in a drugs case. He was granted bail by Bombay High Court on October 28.