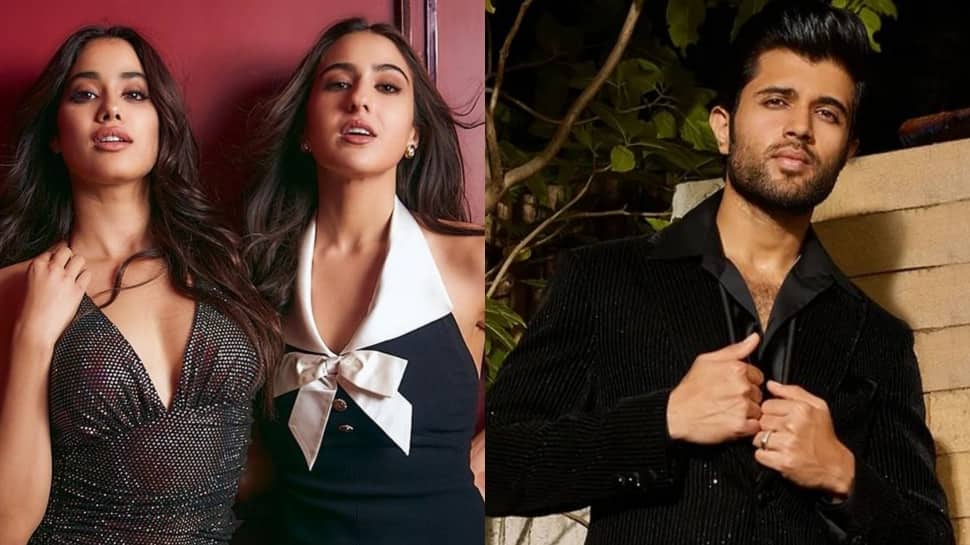 During the rapid-fire round with Janhvi Kapoor, the ‘Kuch Kuch Hota Hai’ director questioned, “Do you keep a tab on the social media follower count of your contemporaries and who are you most entertained by?”

To which the ‘Dhadak’ actor replied, “At one point I was very intrigued by how fast Rashmika`s Instagram was growing.” In response to her answer, Sara responded, “How Cheesy”, hinting toward the dating rumours of the ‘Geetha Govinda’ duo.

The second episode of Karan’s controversial chat show became a ‘Vijay Deverakonda Special’ after the ‘Kedarnath’ actor revealed that she would love to date the ‘Arjun Reddy’ actor in the future.

Both Sara and Janhvi started calling the south actor ‘Cheese’ after Janhvi said, “We can’t be after the same slice of cheese as you said”.

Previously, after the release of the film ‘Dear Comerade’, marriage rumours of the leading couple surfaced around the corner.

Meanwhile, the ‘World Famous Lover’ actor is going to mark his big Bollywood debut with Dharma Production’s ‘Liger’ alongside Ananya Panday. The film is slated to release on August 25, 2022.

Apart from that, the ‘Pushpa’ actor will also be soon making her Bollywood debut with ‘Mission Majnu’ along with Sidharth Malhotra. She is also a part of Ranbir Kapoor’s ‘Animal’ and has ‘GoodBye’ alongside Amitabh Bachchan.

The second episode of the show ended on a happy note, with Sara winning the rapid-fire round with 78% votes from the live audience and the buzzer round. ‘Koffee with Karan Season 7’ is exclusively streaming on Disney+ Hotstar.