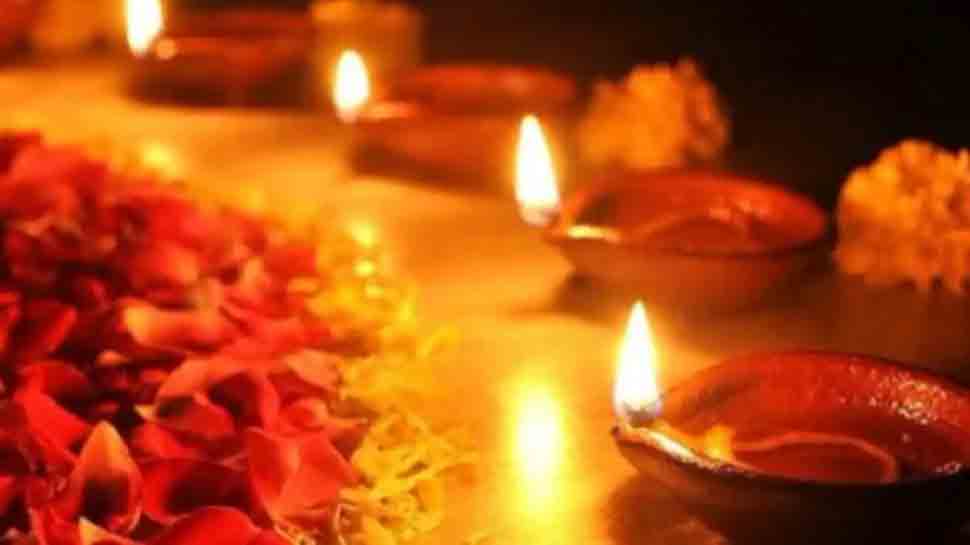 New Delhi: Dev Deepawali, as the name suggests, is the Diwali of Gods and festival of Kartik Purnima, which is primarily celebrated in Varanasi. The festival falls during November-December month of gragarion calendar on the full moon day of Kartik month of the Hindu Luni-Solar calendar and takes place fifteen days after Diwali.

The steps of all the ghats on the riverfront of the Ganges River, from Ravidas Ghat at the southern end to Rajghat, are lit with earthen lamps in honour of river Ganga. The gods are believed to descend to Earth to bathe in the Ganges on this day. The festival is also observed as Tripura Purnima Snan. The tradition of lighting the lamps on the Dev Deepawali festival day was first started at the Panchganga Ghat in 1985.

During Dev Deepawali, houses are decorated with oil lamps and coloured designs on their front doors. Firecrackers are burnt at night, processions of decorated deities are taken out into the streets of Varanasi, and oil lamps are set afloat on the river.

Guru Nanak Jayanti and Jain light festival is also observed on this day.

Martyrs are remembered and wreaths are offered at Amar Jawan Jyoti at Dashashwamegh Ghat and at Rajendra Prasad Ghat. Ganga Seva Samiti organise this event which also has a patriotic significance.

The five days festival starts from Devotthan Ekadashi and concludes on the day of Kartik Purnima.
The main ritual is Kartik Snan, devotees take bath in holy river Ganga.
Oil lighted lamps are offered and floated to Ganga river in the evening.
In the evening grand Ganga Aarti is performed at Dashameshwar Ghat.
During aarti chanting of hymns, rhythmic drum beating, conch blowing and brazier burning continues.
Processions in reverence to different deities is taken.
Devotees indulge in devotional songs throughout the night.