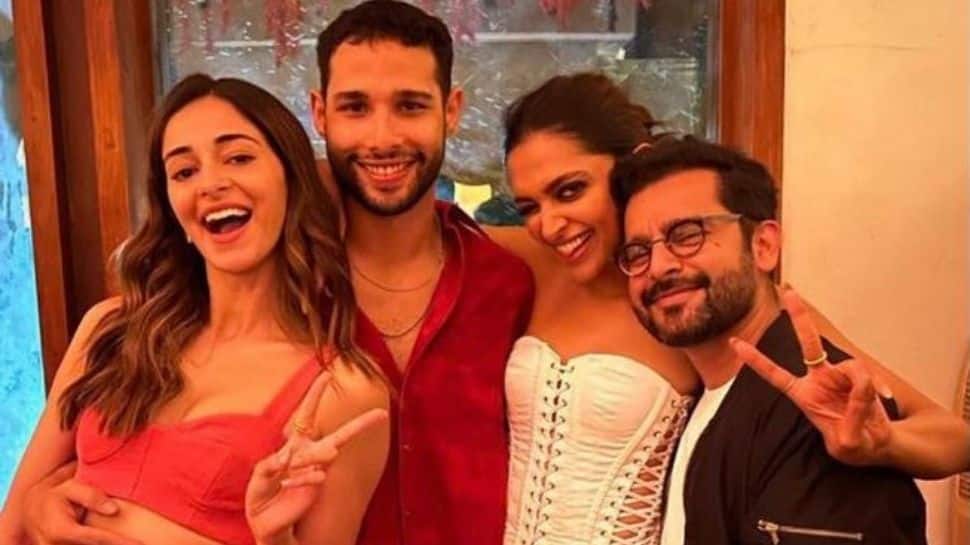 NEW DELHI: Shakun Batra’s directorial ‘Gehraiyaan’ has become the talk of the town ever since the film was released.

While some heaped praises on the film, there’s a section of people who did not like the adult drama. Undoubtedly, the film, which features Deepika Padukone, Ananya Panday, Siddhant Chaturvedi, and Dhairya Karwa, has caught everyone’s attention for one reason or another.

On Sunday night, Deepika organised a success bash for the film’s cast and crew. Several images and videos from the party have been doing the rounds on the internet.
For the special day, Deepika pulled off an all-white attire, looking stunning in a white corset top.

In one of the pictures, Deepika, Ananya, Siddhant, Dhairya and Shakun Batra were seen posing together and sharing smiles.

While few fans loved their dressing sense and also appreciated the movie, there were others who trolled Deepika for throwing a success party as they considered the movie as a flop.

One of the user commented, “Success for what?, another wrote, Success? Gajab zabardasti hai.”

Another one went on writing, “That is called Jabardasti flop film ko hit banana..”

Released on Amazon Prime Video, ‘Gehraiyaan’ is based on complex modern relationships. Actors Naseeruddin Shah and Rajat Kapoor also featured in the film.