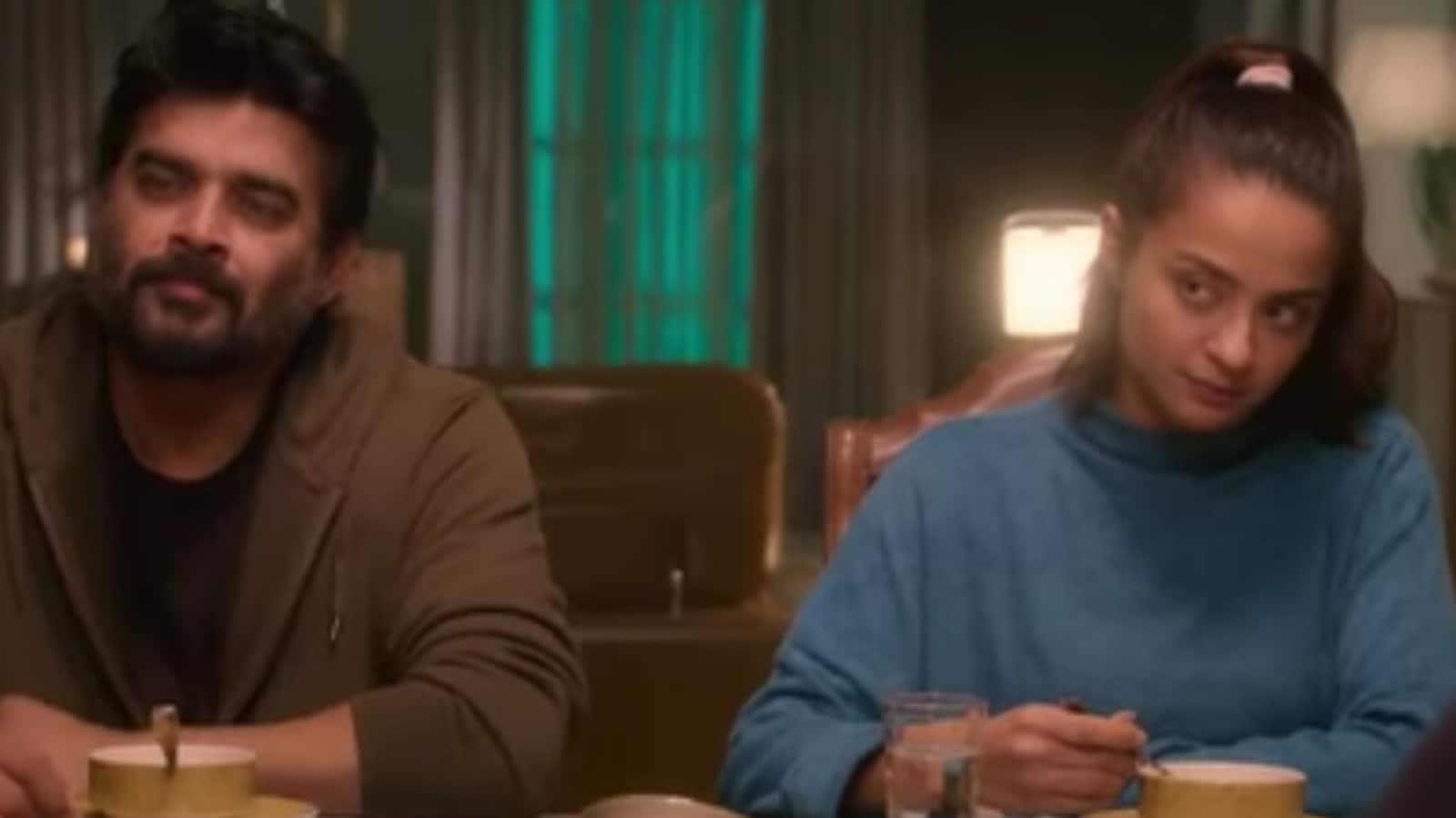 Netflix has shared the trailer for their upcoming series, Decoupled. A romantic comedy, it stars R Madhavan in the lead with Surveen Chawla. The series will release on December 17.

The two play a married couple who have clearly fallen out of love. They cant see eye-to-eye but have decided to stay together for the sake of their young daughter.

However, the two still try to find ways to make their situation less insufferable, toying with ideas of an open marriage even, but with little success. It doesn’t help that they have also grown rather cynical about love and marriage after spending so many years together.

The trailer has got a warm response from fans online. “R Madhavan is effortless charming and Surveen is natural too. Thankfully, everything feels natural,” wrote one in the YouTube comments section of the video. “Finally a good Indian rom-com series to see in Netflix,” wrote another.

The show is created by Manu Joseph, who says, “Decoupled is about a guy who can see in any situation what others are trained to ignore. Naturally, it gets him into trouble wherever he goes, and this sort of objectivity is not healthy for a man in a marriage. One of our goals was to keep it all real. The thing about comedy is that if it is not real it is not funny; and what is difficult about comedy is that every component in a scene has to fire for it to work. It was amazing to watch Madhavan throw away his good-boy image for the lead role and reach deep into his delinquent side. Surveen Chawla, playing his long-suffering wife had a particularly challenging role because it is extremely hard to play a normal sane person. And I’m grateful to the director, Hardik Mehta, who taught me that men with great hairstyles can still be very grounded and hardworking. I hope you enjoy the trailer.”

R Madhavan said, “I play the character of Arya, a pulp-fiction writer who suffers with a rather uncompromised sense of objectivity and clarity, along with a determination to not compromise (ever!) – which is hilarious especially when pitted against his calm and composed wife Shruti, played by Surveen. I am thrilled to collaborate with a global platform like Netflix and grateful to Manu Joseph as well as Hardik Mehta for bringing this character and story to life. Surveen was a delight to work with through and through and I hope the chemistry and humour we share on-screen leaves audiences laughing uncontrollably.”

Surveen said, “I am excited to return to Netflix and be a part of a completely different genre which will hopefully have audiences in splits. Decoupled hilariously sheds light on a modern couple trying to work through the nuances of a marriage while trying to keep their sanity intact. Madhavan is playing my husband Arya’s character with utmost ease and his comic timing is spot on! The dynamic of Shruti and Arya is unique, honest and it was honestly such a refreshing experience. Manu Joseph and Hardik Mehta were incredible in pegging us on to bring these characters to life in our own ways. It is an entertaining comedy and we hope the audiences enjoy watching it.”

The official synopsis for Decoupled reads: ‘A misanthropic writer and his startup-founder wife juggle their impending divorce with the absurdities and annoyances of life in their affluent world.’

Also read: R Madhavan reacts as fan calls him ‘too perfect’ and ‘future husband’: ‘There are imperfections galore’

This will be Madhavan’s first project with Netflix. Surveen, meanwhile, has previously worked with the streamer on Sacred Games. Madhavan is also waiting for the release of his movie Rocketry: The Nambi Effect.