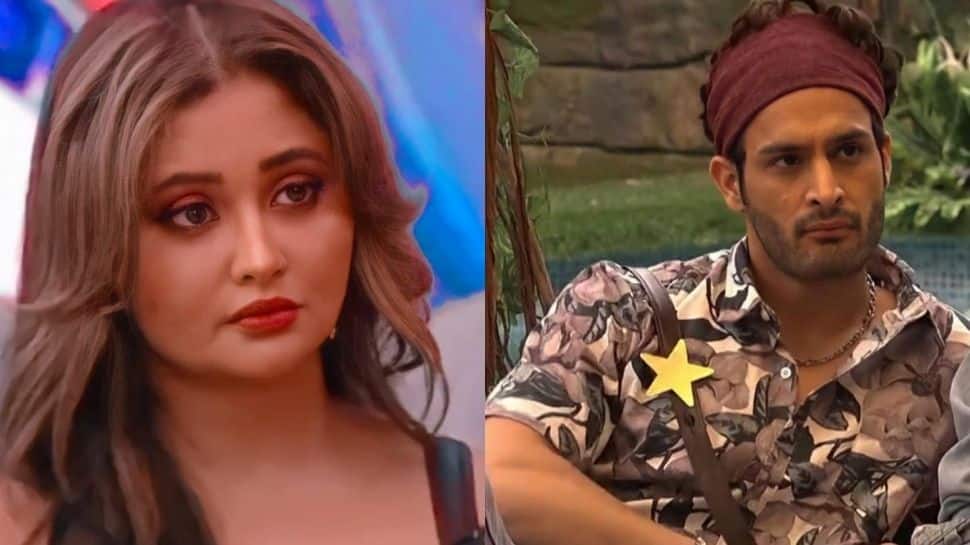 New Delhi: On Bigg Boss 15 Sunday Ka Vaar, a shocking eviction shook at the contestants of the reality TV show. Along with that, contestants faced the wrath of guest stars on the show who gave them their opinions on what’s going on in the house.

Kashmera started off by telling Tejasswi Prakash to leave Karan Kundrra as he spoke mean words to her in the last week. She told Tejasswi to play her own game and not get into the game of love.

However, Tejasswi wasn’t satisfied with her advice. Divya came out in support of Tejasswi and asked her to balance her relationship and game both. She said that as long as Tejasswi is happy, others shouldn’t interfere in her relationship.

When asked which contestant doesn’t deserve to be in the finale, Divya Agarwal said that Shamita Shetty doesn’t deserve it as she is still bossy and controlling as she was in Bigg Boss OTT.

This led to a fight between Shamita and Divya with Shamita mocking Divya for not getting a chance to come into Bigg Boss 15. Divya replied by saying that she had already defeated her so why would she compete again.

Then many of the guests bashed Abhijit Bichukale for abusing in the house and not contributing to any tasks.

In the end, Salman Khan went a bit easy on Karan Kundrra and told him that it is human to make mistakes but he should learn from them. He also told Karan to take a stand at the right time for his loved ones.

Salman said that everyone knows that Karan and Tejasswi’s relationship is genuine and it shows in his behaviour.

Choreographer Geeta Kapur told Umar Riaz who is a doctor that she wouldn’t want to be treated by him as she is scared of his aggression.

Unfortunately, Umar Riaz was evicted from the show, one week before the finale which came as a shock to the whole house. Rashami Desai broke down into tears and couldn’t stop crying after hearing the news.

Karan Kundrra also teared up on hearing his best friend is evicted from the show. Tejasswi consoled him and said that she will be there for him. But he told her that he needs the brotherly love he got from Umar which irked Tejasswi a bit since Umar was not on good terms with her.

Before leaving, host Salman Khan assured viewers that there’s going to be a big surprise in Monday’s episode.