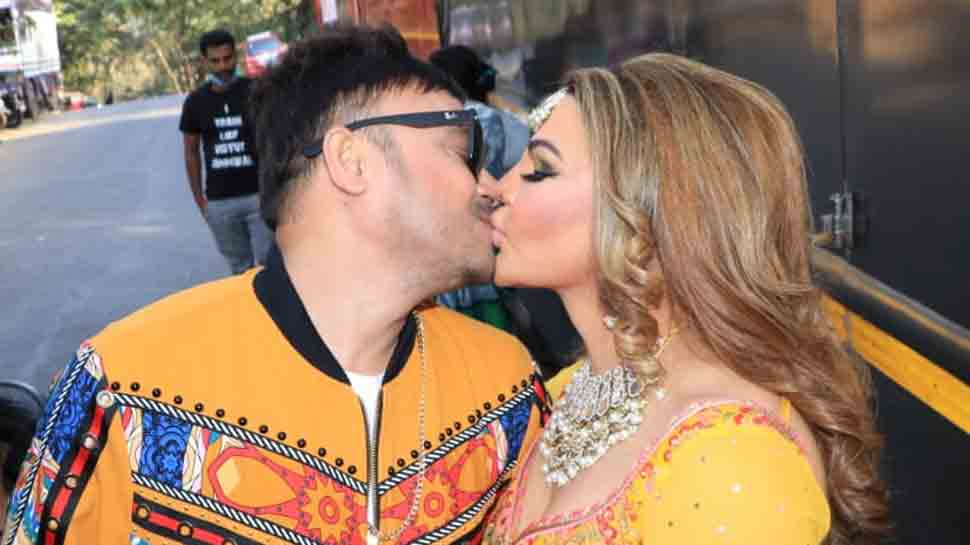 NEW DELHI: Actor and Bollywood item girl Rakhi Sawant and her husband are going to grace the Grand Finale of Bigg Boss 15, which starts today. Both Rakhi and Ritesh were part of the reality show this season. However, none of them could make it to the top and were evicted.

On Saturday, Rakhi Sawant was papped by the shutterbugs along with her husband in Mumbai. The two indulged in some PDA before the cameras. The two were seen locking lips before the mediapersons. Both Rakhi and Ritesh were colour-coordinated and looked camera perfect! Watch the video below:

However, netizens trolled her for ‘going cheap’ for cameras and blasted her for giving gyan to Karan Kundrra and Tejaaswi Prakash for getting too close in front of everyone in the Bigg Boss 15 house. “Karan aur Teja ko itna gyan bat ne ke baad…yeh kya ho raha hai Rakhi Maa…Ha Maa jaisi thi bb15 main,” one wrote.

“Publicity ke liye aur kitna niche giroge,” another user wrote. “Only Rakhi can do this in front of all this media,” wrote one.

The ‘Bigg Boss 15’ season finale is going to be a two-part episode that will air on January 28-29 at 8 pm onwards on Colors TV. In the yesterday episode, Bharti Singh, Harsh Limbachiyaa and Siddarth Dey had entered the house and entertained everyone.