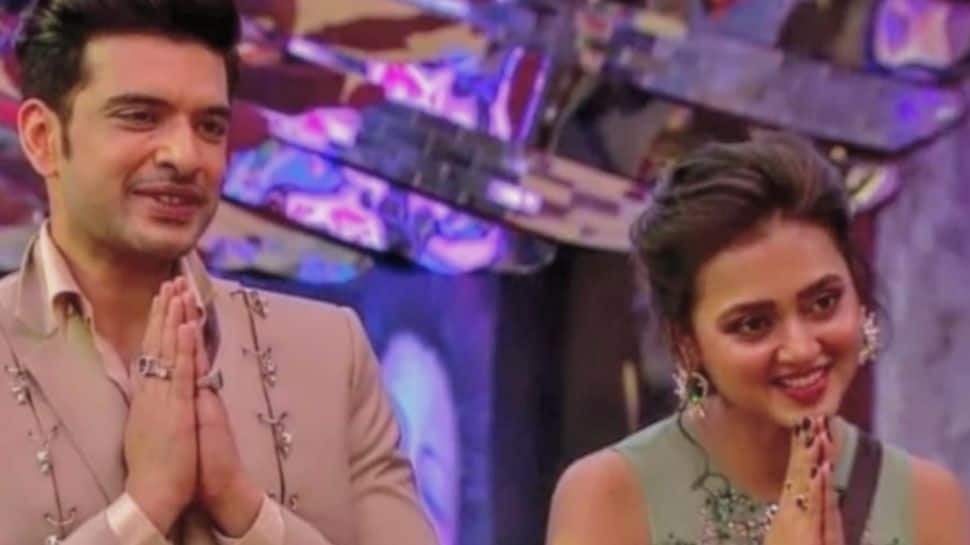 New Delhi: On Bigg Boss 15 Weekend Ka Vaar, host Salman Khan scolded the contestants for stopping the Ticket To Finale tasks in the past week. At the beginning of the episode, veteran actor and superstar Dharmendra graced the stage and interacted with comedian Bharti Singh and Salman.

Bharti Singh joked about being Dharmendra’s ‘basanti’ and even danced with him on stage. Later, Bharti asked Salman about his snake bite incident and he described how the snake bit him thrice.

Bharti then conducted a competition within the housemates to see who would make the perfect ‘basanti’. Tejasswi showed off her singing skills and Shamita Shetty flaunted her dancing skills.

The comedian lightened up the mood by tickling Salman Khan which got quite a few laughs from the actor.

Later, Salman Khan announced that in tomorrow’s episode, there may be four more contestants coming in the house. The details are under wraps at the moment.

The actor then finally interacted with contestants and verbally thrashed them for delaying and stopping tasks in the house. He got angry at Abhijit Bichukale for sleeping and told him to leave the conversation and go to sleep.

Salman also got irritated with Shamita Shetty and told her to not make everything about herself. At one point, he said, “What the f***, Shamita?” which shocked everyone.

Shamita was in tears and explained to everyone that she doesn’t Rakhi Sawant in a different way.

Salman also called out Tejasswi Prakash and Karan Kundrra for being unfair during a task but otherwise advocating for fairness.

There’s trouble in paradise again as Karan and Tejasswi have a fight and Karan told Teja to not be so negative.

Comedian couple Bharti Singh and Haarsh Limbachiyaa also entered the house and had a fun roast with the contestants. They also announced that there will be no weekend

elimination but contestants will get evicted on Monday.