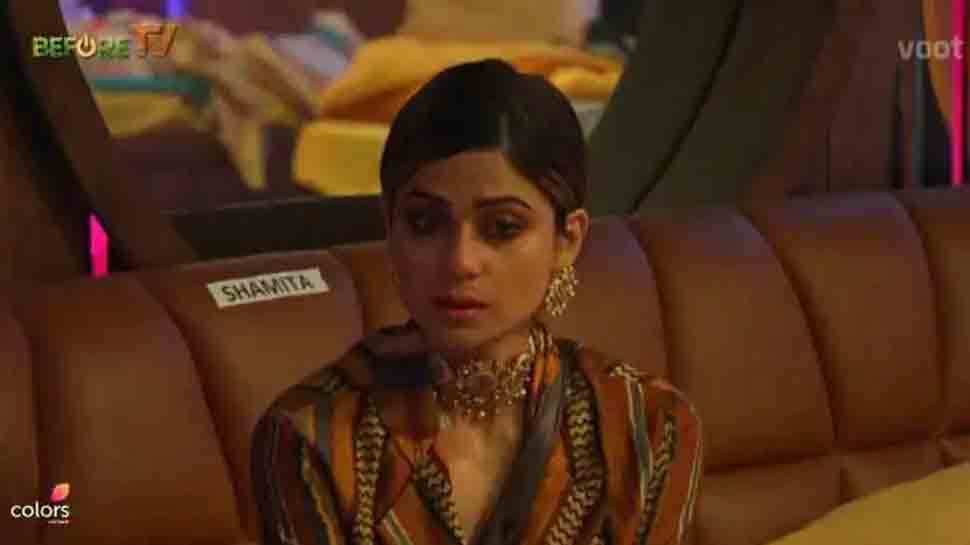 Salman then asks resolutions of the contestants, which they have to answer by describing the resolution for othes. Shamita wants Abhijit to talk less about himself and to act more. Rashami wants Abhijit to stop manipulating his relations as per his wishes. She is clearly hinting towards Devoleena. Salman Khan reprimands him to not take out the sticker.

Tejasswi wants Karan to focus on her and give her loads of attention and do loads of work. Karan jokes saying to find a counsellor for him.

Devoleena wants Pratik to not be very harsh on himself and stop being in denial. Pratik wants Rakhi to stop hurting people in the way of entertainment. Nishant wants Pratik to listen and see-through others’ points of view. Devoleena is sipping her drink and Salman calls her ‘bevdi’ (drunkard).

Shilpa Shetty joins the housemates on a video call and both she and Shamita get emotional. Shilpa says she is surprised by Shamita’s Hindi inside the house. She says she is proud of her. Shilpa also gives the rest of the housemates all her love. She also thanks them for being a family of Shamita. Shilpa’s son Viaan and her mother Sunanda Shetty too join the video call.

Sheykhar Ravjiani graces the set of Bigg Boss 15 and croons to some of songs. Salman jokes that Sheykhar has come to meet Bichukale.

Bichukale sings ‘Mere Rang Me Rangne Wali’ but he is stopped by Salman mid-way. Bichukale wants to talk to Sheykhar about his composition but Salman again stops him, leading to a hilarious situation.

Among other guests who join the stage are Palak Tiwari, Anu Malik, Siddharth Nigam and Jannat Zubair, Waluschaa De Souza.

Housemates welcome the New Year with a cake. Salman bids adieu to all guests, housemates and audience and greets everyone a very ‘Happy New Year’.