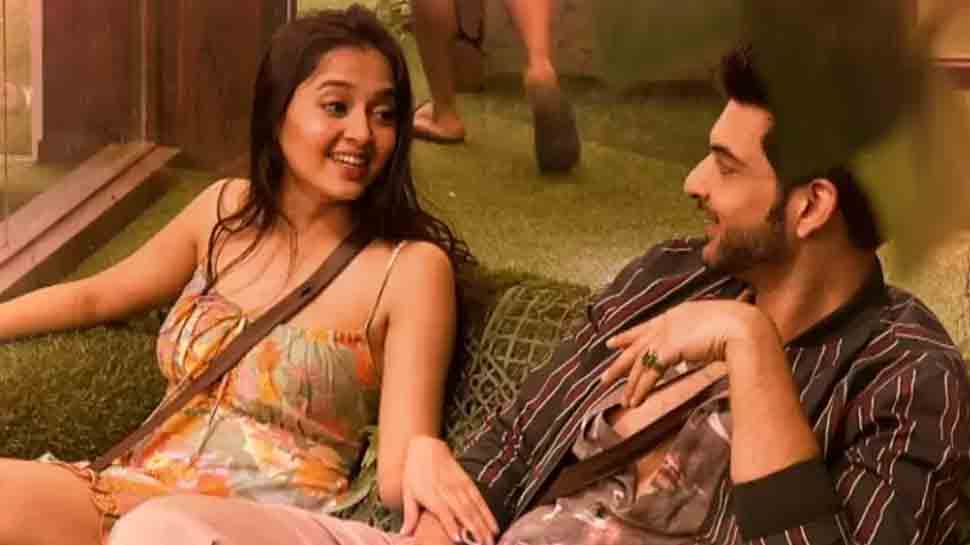 Karan Kundrra is not having food and Tejasswi is concerned about him. He bring him the food but he refuses to eat. Karan asks her to stop doing her drama and not do it for the cameras. Tejasswi gets upset hearing this. Karan walks off the conversation and Teja says it is annoying.

Tejasswi tells Rakhi Sawant that Karan is hurt that she has called him a liar. Rakhi tells Tejasswi that she needs to think about the trophy. Rakhi says the relationship can happen outside. Rakhi Sawant says she is sad for Tejasswi Prakash. Meanwhile, Tejasswi is crying non-stop. She talks to Devoleena and Pratik and asks her to help KK win. However, Devo is adamant that she wants Karan to be out of the race.

Devoleena and Rakhi debate on Karan and Teja. They say he wants to play safe and gets support. Devoleena says I know self-centered men like him.

Rashami and Karan have a chat. She tells him to not discuss it much. Karan says it is over. He says I will play now.

Pratik and Nishant argue again and call each other fake friend. In the next round, Rakhi says Shamita put the egg inside but Devoleena touched it and hence, Devoleena is the winner.

Karan tells Rakhi that she is spreading filth. Rashami calls Rakhi a puppet of Devo and Teja. She asks her if she is blind. Rakhi and Shamita get close as they have an argument and latter pushes her. Rakhi tells Bigg Boss that she has been pushed by Shamita. Meanwhile, Pratik asks her to play fair.

Pratik also gets flak from Shamita and Nishant. He calls Shamita a ghatiya person.

While Rashami and Umar speak to Tejasswi, Karan asks them not to talk to her and have any expectations from her. She gets angry. Karan says you are playing with convenience. Kundrra and Rakhi also fight it out. Pratik again tells Rakhi to not play unfair and not snatch anyone’s victory.

Rashami and Teja have a chat. Rakhi cries outside and says no housemate came in support of her after Shamita pushed her forcefully. Tejasswi angrily tells Kundrra that it is evident that he does not love it. She calls him a Bhagoda.

Nishant Bhat tells Karan Kundrra to finish the show properly. Kundrra says I am fed up. He is crying. Karan says task bhad main jaaye. He says Tejasswi said I do not love her. She asks Umar if she is as wrong as she is made out to be. Rashami tells KK not to drag relationships in between tasks. He says she said I never loved her. Rashami tells him to make her sit and talk to Teja. He says he wants to go home.
Bigg Boss scolds housemates for cancelling the task.

Bigg Boss trolls the contestants. He says you will get new task in coming week and you people can again get it cancelled. He says no one has won ‘Ticket To Finale’ in this week.

Shamita and Nishant discuss Pratik. They talk about the use and throw statement. Shamita says Pratik has become fake after the wild cards came inside.

Tejasswi and Nishant discuss Karan. He says plz do not drag in your equation in the game. She says KK has many friends in the house. She says I am alone and feel degraded by him. Nishant says I do not want to see him cry. Tejasswi Prakash I will not talk with him on the house.

Karan asks Teja is she hates him. She hits him on the hand. Karan asks her what does he need to know to make her happy. He pulls her closer. Rashami and Umar talk about TejRan. She says they fight all day but at night they get together. Rashami says Teja is oversmart. She tells Umar that he needs to play for himself. Karan tells her she is his appetite.

Rashami tells Umar that the two play smartly. They might be divided in tasks but come back together. The house is decked for Christmas. Umar tells Rashami not to pass judgements on his game. He is like you have problems with my friendship with Karan. Rakhi tells Devo that she should spend time with her.

Rakhi and Devoleena are having a discussion when Rakhi says that she is getting possessive for her friends. Bichukale comments ‘its a lesbian love’. Hearing this, Devoleena throws water on him. She tells him to apologize for the lesbian comment. She also puts water on his bed. Bichukale says he will take revenge for it.