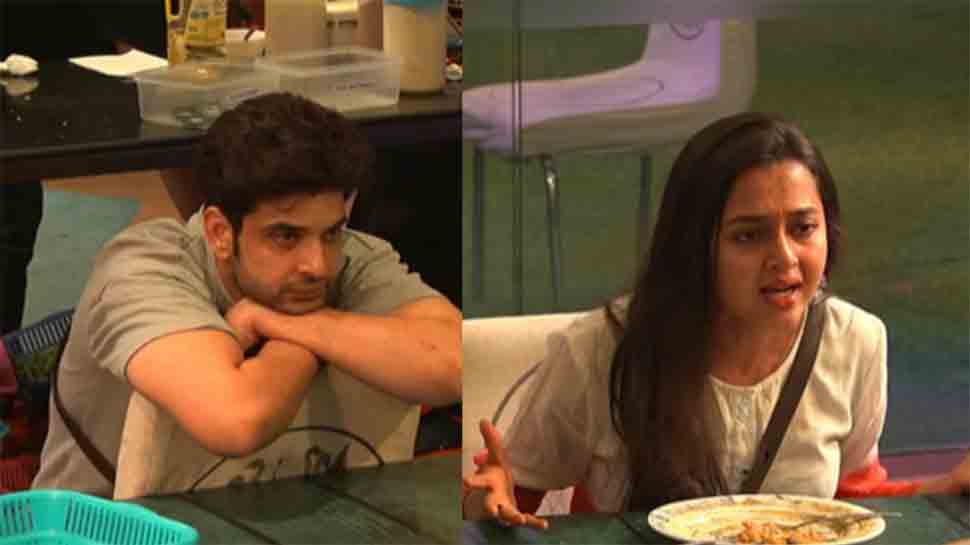 NEW DELHI: Rashami Desai tells Karan Kundrra about her discussion with Tejasswi Prakash and says she would now like to stay away from him due to the insecurity of his ‘girlfriend’. Karan tells Rashami that he doesn’t appreciate what Teja said and adds that he had asked Teja to clear out her differences with Rashami.

Karan, Tejasswi and Rashami have an ugly fight. While Tejasswi and Rashami try to talk, Karan ask them to talk to them politely. Teja gets furious as she feels that they both are not letting her speak. Rashami and Karan continue to interrupt and this maker her more agitated.

Karan and Rashami leave the place and tells her to call them after she calms down. Teja breaks into tears after Karan and Rashami leave. Karan, who is now furious, returns and smashes a glass in anger. Karan shouts in anger and says she cannot talk to him in this manner. He tells Shamita that Teja had been irritating and provoking Rashami and he can’t be supporting her blatantly.

Rashami tells Umar that Teja had been making fun of her and calling her a liar.

Rakhi and Deboleena discuss that Karan and Rashami didn’t want to hear truth. Deboleena says that if Karan maintains this attitude, this relationship won’t last long. Rakhi says Karan has a temper issue and says Teja is an honest person.

Karan and Tejasswi sort out their differences and things get fine between them. Rashami too clears out differences with Tejasswi. Rashmi says she genuinely love her

The next morning, new ‘Ticket To Finale’ task ‘Space race’ begins. The winner will make it to the finale week.

Housemates, including Shamita Shetty, Rajiv Adatia, Pratik Sehajpal are seen trying to convince Rakhi. There are heated discussions happening. Amid this, Rashami shouts at Pratik and says ‘he is misbehaving with her’.