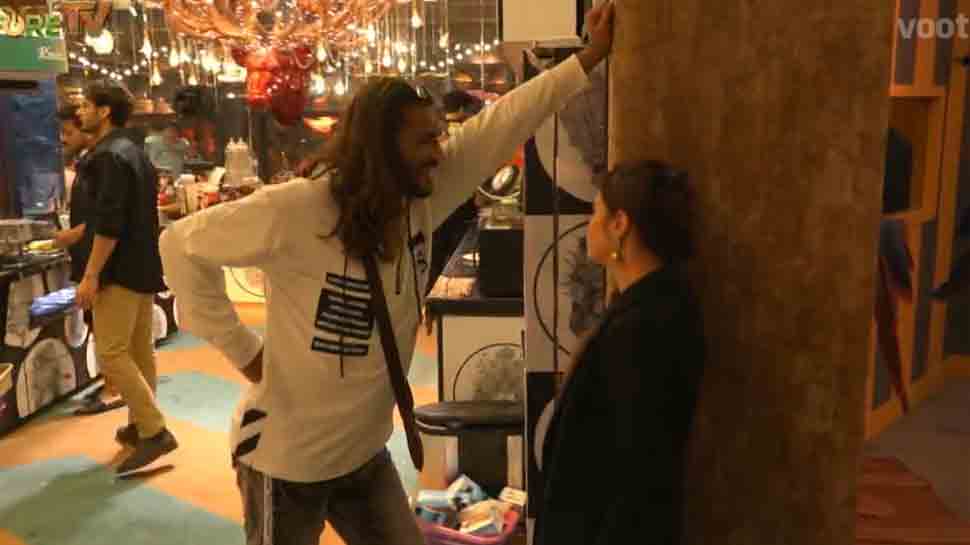 During the Ticket To Finale task, Abhijeet Bichukale, who is seen making efforts to talk to Devoleena, asks her to kiss him for ‘stealing items’. He goes on and asks her several times and thus infuriating her after which Devoleena blasts him and asks him to be in his limit.

A recent episode of ‘Bigg Boss 15’ shows that during the given task contestants have to steal certain items from the museum. Abhijit does the same and tells Devoleena that he has got many items while touching her cheek. He says: “I can do anything for you but want a kiss from you in return.”

Abhijit shouts and asks her ‘when is she going to kiss him’. Devoleena says she will never kiss him and warns him against taking advantage of her kindness. Later Abhijit says he was just kidding and Devoleena replies: “Shut up.”

Umar and Ritesh argue over stealing items in the task. Rashami and Devoleena too fight during the task.

Bigg Boss announces that the Ticket To Finale task is cancelled as the contestants didn’t play the task as it was supposed to played.

Abhijit Bichukale later apologises to Devoleena for asking for kiss from her. However, she doesn’t accept his apology. However, Devoleena and Rashami have a spat over the issue. Devoleena brings up how Rashami was when she was at Bigg Boss 13. Rashami calls her an opportunist. Shamita and Tejasswi too have a huge argument over the topic. Shamita argues that why Devoleens didn’t object to Abhijit when he first made such an objectionable demand. Meanwhile, housemates warn Bichukale that there is a limitation on jokes and he cannot get into anyone’s comfort zone in humour.

Tejasswi Prakash and Rajiv Adatia have an argument in the morning during kitchen task. Rajiv wants to shuffle and that becomes a big thing. After many arguments between contestants over duties, Rakhi Sawant says she doesn’t want to talk to anyone.

Tejasswi and Shamita have been given some products. They have to pick contestants that match the characteristics of the different products. Shamita wins the task. Rakhi was the judge.