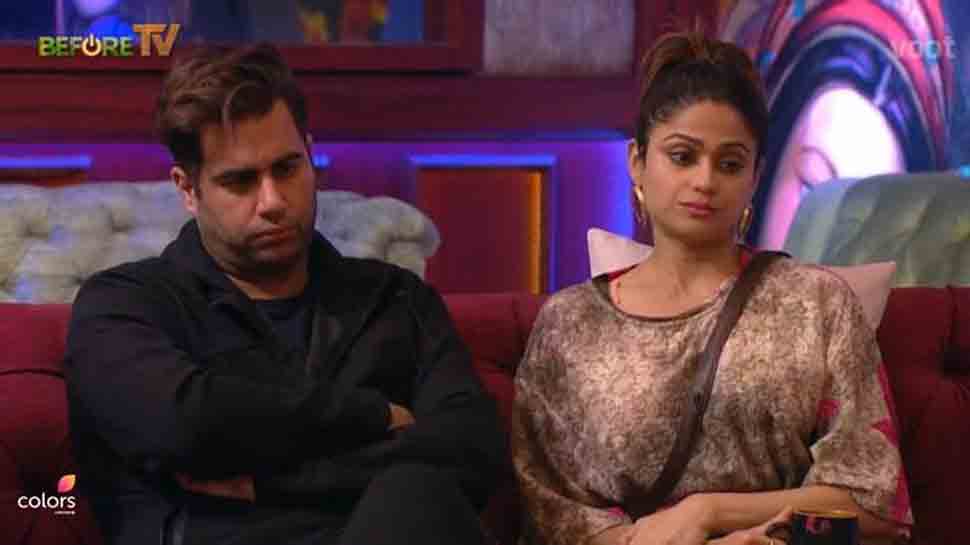 Umar Riaz announces to VIPs that he will no longer be doing special jobs for them. Pratik also says that he would only cook food for them but not do any extra tasks. Rakhi Sawant and Ritesh object to it with the former saying that they have broken Bigg Boss law. Non-VIPs enter the VIP room and disturb everything. Rakhi yells at them and asks them to leave the room, but Umar retorts saying, “Now we will be ruling.” Umar enters the bedroom and ruins bedsheets of VIPs. Devoleena, who is agitated at Umar and other non-VIPs for breaking the rule, also in turn ruins everyone’s bedsheets.

Abhijit Bichukale and Ritesh shout at non-VIPs for ruining their bedsheets. Rashami shouts at them and says they have descended to a very low level.

Pratik continues to flatter the VIPs and does everything to allure them. This is very different from what he used to do when other housemates Karan Kundrra and Umar were the VIPs.

Pratik and Nishant get into a heated argument after the former accuses him of taunting him. Nishant tells Rajiv Adatia that he feels like slapping Pratik for buttering VIPs.

Bigg Boss calls out non-VIPs for breaking house rules and damaging properties and stealing items from the VIP room. Bigg Boss scolds them for breaking rules, stealing stuffs and destroying house property. Bigg Boss makes it clear that the only way that the non-VIPs could earn the money by only performing tasks.

Tejasswi and Umar get into a fight after Umar tells VIPs not to use someone’s else cup than theirs. Tejasswi asks him to be fair and not support Rashami because she is his friend. Umar then exposes Tejasswi by telling the VIPs that she intentionally cooked less khichdi for them.

Meanwhile, Pratik and Nishant talk about the issues they have been facing with each other.

Devoleena and Rashami decide to reject all the swords made by the non-VIPs so as to keep the money safe to themselves.