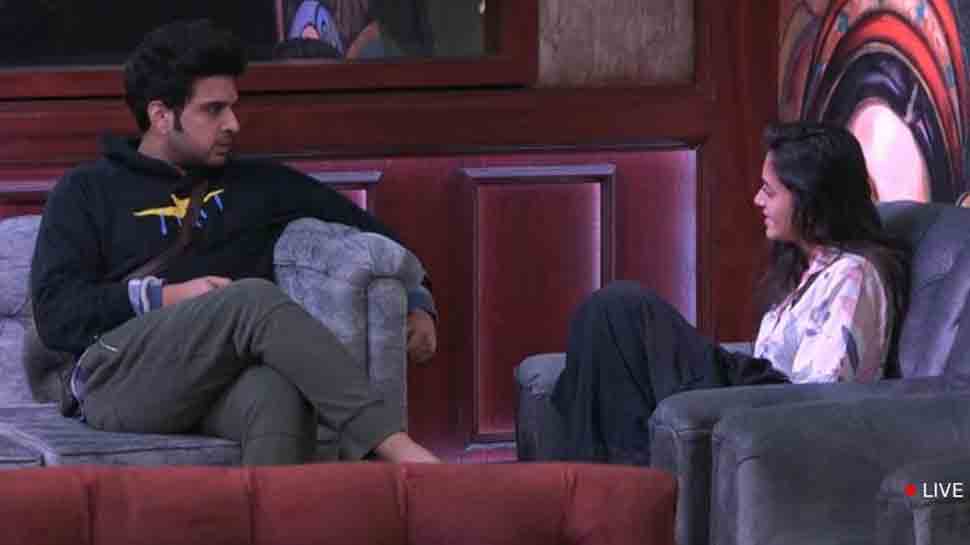 MUMBAI: The day begins with VIPs giving in to Nishant Bhat’s demand on saving Pratik Sehajpal. They ask Simba Nagpal to further go and explain his stand to save himself from going to jail. The VIPs then ask Rajiv Adatia to compete with Simba Nagpal and save himself from going to jail. VIPs finally decide on sending Rajiv into jail until further notice from Bigg Boss.

Tejasswi Prakash and Karan Kundrra discuss about Nishant and said he was trying his best to help Pratik. Karan says that either they are not playing the game well or overthinking. Either ways, they need to fix their game. ‘Saanp paal rakha tha humne’, Karan says about Nishant and Tejasswi agrees to it.

Nishant tells Pratik that VIPs have been annoyed with him since he did not budge before them at all.

Tejasswi tells Karan that she did not like the way Umar Riaz spoke to her during the ‘Jail’ task. Karan tries to make Umar understand that Teja’s personality is such that if she says ‘your mine’ she will express her right to that person. Umar feels that Teja is not behaving properly with him.

Later at night, Tejasswi and Karan have a cute conversation about having a crush on each other.

Bigg Boss announces that non-VIP members also have a chance to become a part of the VIP group.

All the VIPs decide that anyone from them should win the task. On the other hand, non-VIPs feel that they can make Nishant win the task. Vishal forms a deal with Neha and asks her to save him in the task.

Neha Bhasin becomes ‘Rakshak’ in the first round. She decides to save Vishal and kicks out Tejasswi from the game.

A huge fight breaks out between Karan and Pratik. Pratik accuses Karan of cheating in the game.

Karan and Nishant try to convince Simba to give them a chance to continue in the game. They tell him that they won’t be taking decisions based on their personal equation and will be fair with everyone.

Simba chooses Nishant to be in the game, and disqualifies Karan Kundrra from the game.