Bigg Boss 15 Day 40 written update: Afsana Khan evicted after she picks up knife amid a breakdown! 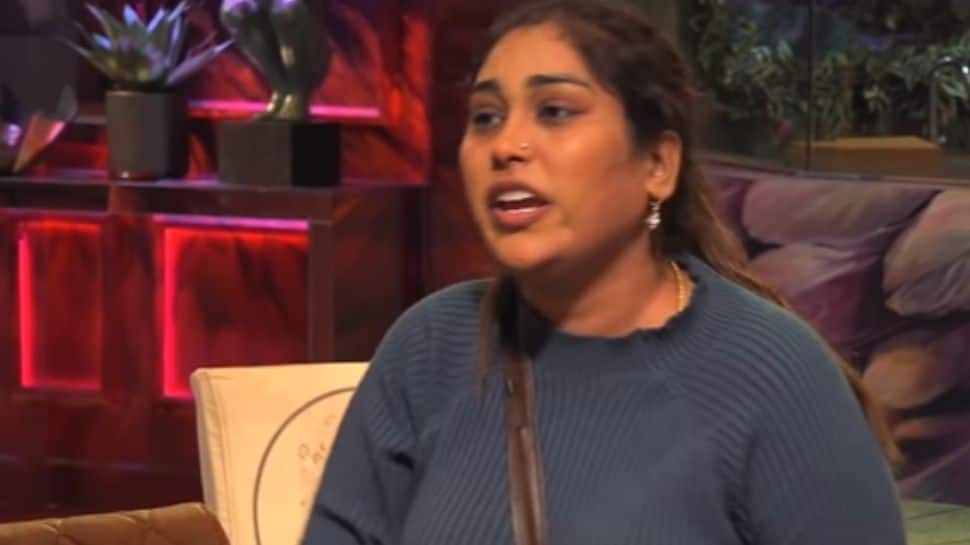 New Delhi: In the latest episode of Bigg Boss 15, Afsana Khan was evicted by Bigg Boss after she picked up a knife and seemingly threatened to harm herself with it. She was in an agitated state and was throwing around chairs and using cutlery to make her point.

It all started because of her fight with Rajeev during the task to get into the VIP race to the finale. She first started threatening Rajeev by saying that she would lift her shirt up if Rajeev came close to her and touched her.

Jay was appalled by her comments and asked her to watch her words but this only made Afsana more riled up than ever.

Vishal Kotian had also stepped in and asked Afsana to calm down and not say such ‘wrong’ things on National television.

Meanwhile, Neha Bhasin and Shamita Shetty who are besties had a fight over Pratik Sehajpal. Shamita wasn’t happy with Neha’s decision to favour Pratik during the task and of talking to him. Shamita told Neha that she was disappointed in her but Neha retorted by saying that she wasn’t a child for Shamita to control.

Since Afsana was using sharp words against Rajeev, Neha also stepped between their fight and asked Afsana to stay away from him. An angry Afsana broke out in a fit and asked Bigg Boss to remove her from the house as she doesn’t want to stay with ‘stupid people’.

Shamita Shetty, who was sitting inside the house got triggered when Afsana came in and got personal with her. The actress called Afsana ‘mental’ and claimed she had a problem.

At the same time, Pratik Sehajpal lost the VIP task and Vishal Kotian became the fifth member in the race to the finale. Pratik, unhappy with his failure, called Umar Riaz an ‘unfair’ captain.

In the house, Afsana picked up a knife in a fit of rage and Jay Bhanushali got scared that she might hurt herself so he tried to snatch it away from her.

Later, Bigg Boss called Afsana to the confession room and told her to leave the house immediately. However, Afsana wanted to clear the air on the matter and wanted to take another contestant out of the show with her as she didn’t want to go home with ‘this face’.

In the end, Bigg Boss announced that all contestants who are not in the VIP zone are nominated for elimination this week. For more updates keep watching this space for all the Bigg Boss 15 updates.