Bigg Boss 15 Day 38 written update: Karan expresses his love for Tejasswi by gifting her a pendant 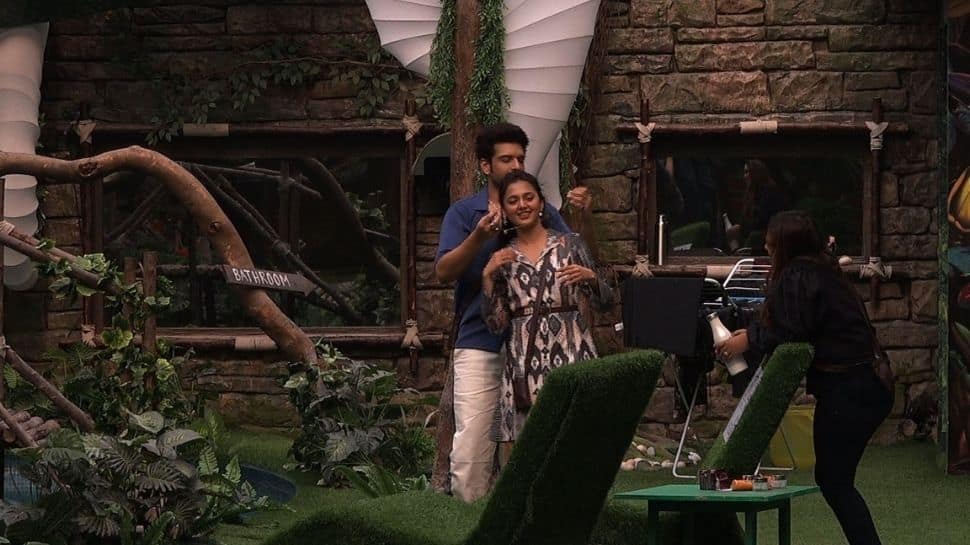 New Delhi: The house of Bigg Boss has always been about connections and equations with one another. Over the years, we have seen a lot of couples coming out of the Bigg Boss house such as Yuvika-Prince, Paras-Mahira, Pavitra- Eijaz amongst others.

In today’s episode, Karan gifted an eye-shaped pendant to Tejasswi, she loves it and says, ‘This is so cute.’ Tejasswi asks Karan to tie it around her neck as that will enhance the beauty of this gift.

They hold each other and dance while Afsana Khan’s voice is heard from the background saying, “Bigg Boss, Teju ko pyaar ho gaya hai.”

Raqesh Bapat and Shamita Shetty also go on a romantic date inside the house, and she reminds him that this is officially their second date. Vishal and Jay were asked to prepare chinese dishes for the date night and later the duo enjoyed their meal thoroughly.

The duo can be seen spending some quality time with each other. They even danced and Shamita can be seen blushing throughout the scene. Later, Umar being the captain of the house was given a task to choose three players whom he wants to take along with him inside the VIP zone. He removes Neha and Raquesh in the first round of the task and in the second round he romoves ropes of Shamita and Rajiv and eliminate them from the task.

The housemates keep guessing whom he’ll pick along with him to enter the VIP zone.

For more such updates related to Bigg Boss 15, keep watching this space.

Can your non-stick pan cause liver cancer? Find out here