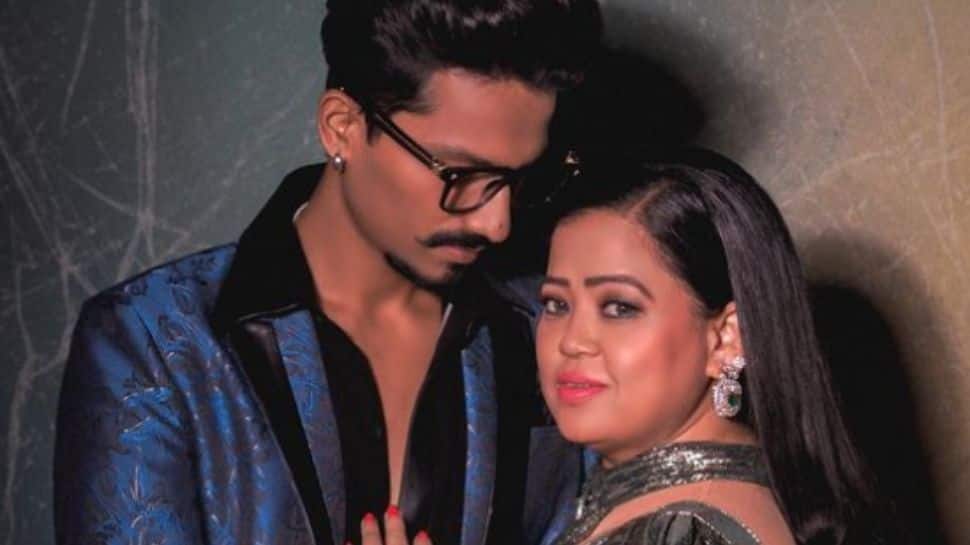 Later, she decided to test herself and that is when she realised she was expecting her first child with her husband Haarsh Limbachiyaa.

Talking about the same, she told Pinkvilla, “When I got pregnant, for two and a half months, I didn’t even realise it. Mote logon ka pata nahi chalta. I am eating, shooting, running around and dancing on Dance Deewane. Then I thought let’s just check it once. When I did, I put the test down and came outside. When I went back to it and saw the two lines, I told Haarsh about it. So that was a surprise for us. We did not plan that this is the right time to have a baby.”

For the unversed, Bharti Singh had announced her pregnancy in a video on their YouTube channel, LOL Life Of Limbachiyaa’s.

After the news broke, fans were over the moon and congratulated them. Bharti has since shared a few pictures of her baby bump and even asked fans to guess the gender of the baby in an Instagram post.

Earlier Bharti had spoken about being scared about going through the caesarean procedure.

She had told Bollywood Life, “I have started doing yoga every alternate day. I am really very scared of caesarean, I’ve heard it hurts a lot later and I will be a working mother so I don’t want any complications ahead. I have been working out a lot and following all the instructions by my doctor so that I can have a normal delivery. I at least walk for an hour in the morning and do yoga that is instructed by my trainer.”

Bharti got married to Haarsh Limbachiyaa in December 2017. The duo tied the knot in a grand ceremony that took place in Goa.