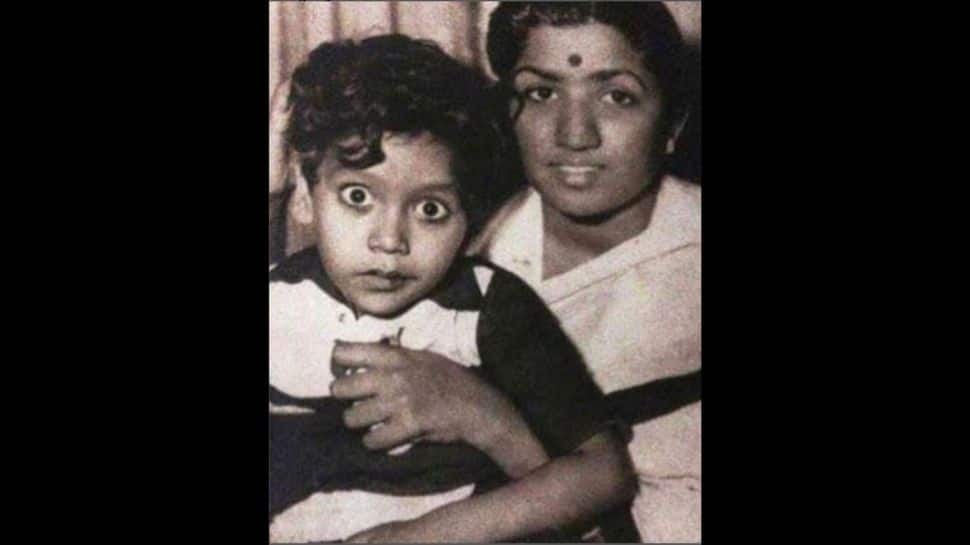 Taking to his Instagram handle on Sunday, Lahiri shared a monochrome picture in which he can be seen as a little boy, sitting on the lap of the late icon.

Mangeshkar had been a strong support system for Lahiri from the time he entered the music industry. She sang his first composition in a Bengali film ‘Daadu’.

Mangeshkar passed away due to multiple organ failure on Sunday at the age of 92. The iconic singer got admitted to Mumbai’s Breach Candy hospital on January 8 after she was diagnosed with COVID-19 and pneumonia.

She was the recipient of three National Film Awards among many other honours received during her singing career. ‘Aye Mere Vatan Ke Logon’, ‘Babul Pyare’, ‘Lag Ja Gale Se Phir’, among others, are some of her unforgettable songs.

Last rites with full state honours of the legendary singer have been performed on Sunday at Shivaji Park in Mumbai.