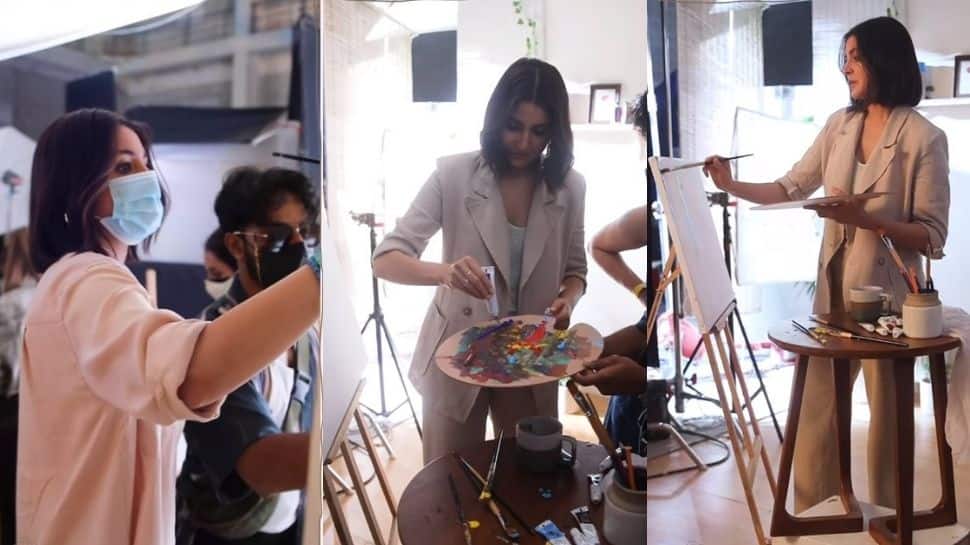 NEW DELHI: Actor Anushka Sharma recently unleashed her artistic side on one of the shooting sets.

On Sunday, Anushka took to Instagram and shared a video, in which she can be seen trying her hand at painting.

“When they let you paint on set walls and you leave a ‘masterpiece’ (Jury is out for debate on this),” she captioned the clip.

Her painting features a smiling emoji and ‘pack up’ written on canvas.

Reacting to the post, a social media user commented, “Hahahaha… so cute.”

“This is so funny,” another one wrote.

Meanwhile, on the work front, Anushka is currently preparing for her film ‘Chakda Xpress’, which revolves around the life of Indian cricketer Jhulan Goswami.

A few days ago, she shared new pictures of herself bowling at the nets.

Dropping a close-up shot of her holding a ball and a picture of her in action, Anushka wrote on Instagram, “Grip by grip #prep #ChakdaXpress.” Jhulan Goswami reacted to her post, saying, “Very nice,” with a thumbs up icon.

The film will be out on Netflix.