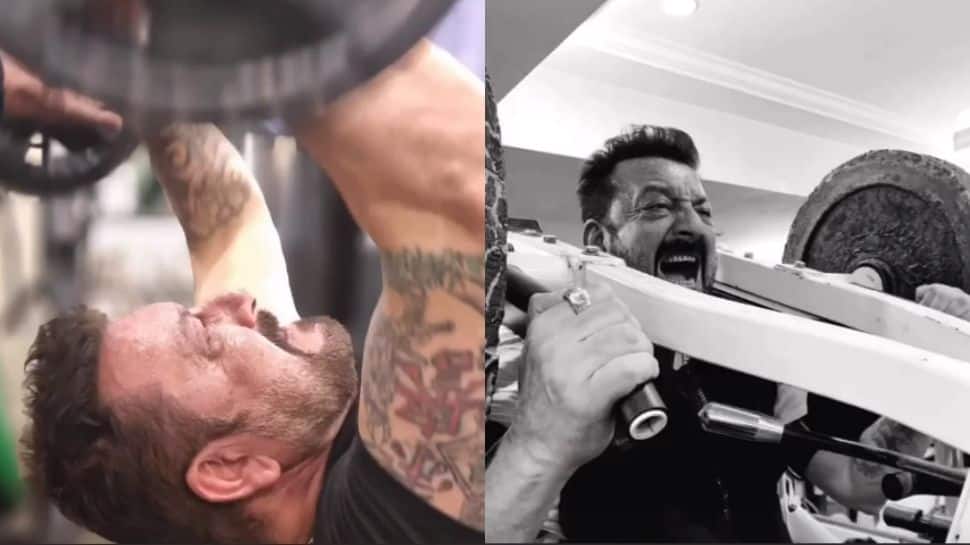 New Delhi: Sanjay Dutt has always seen portraying different and interesting characters in his films and his presence in the character of ‘Adheera’ in the upcoming ‘KGF Chapter 2’ is much-awaited by his fans.

Recently, his wife Maanayata Dutt took to her social media and shared a short video of Sanjay Dutt’s images from his gym workout whilst he transformed for his role of ‘Adheera’. She wrote down a beautiful caption on the image by tagging the husband:

“And You roar again”
“I believe in you”

A few days back Sanjay Dutt was also seen sharing his excitement on coming back to the gym which signifies that the actor has worked hard for his role of ‘Adheera’ and is surely going to bring excitement on-screen.

Sanjay Dutt will be seen locking horns with Yash in ‘KGF Chapter 2’ . It is slated to release on 14th April, 2022. He also has ‘Shamshera’ and ‘Toolsidas Junior’ in the pipeline.