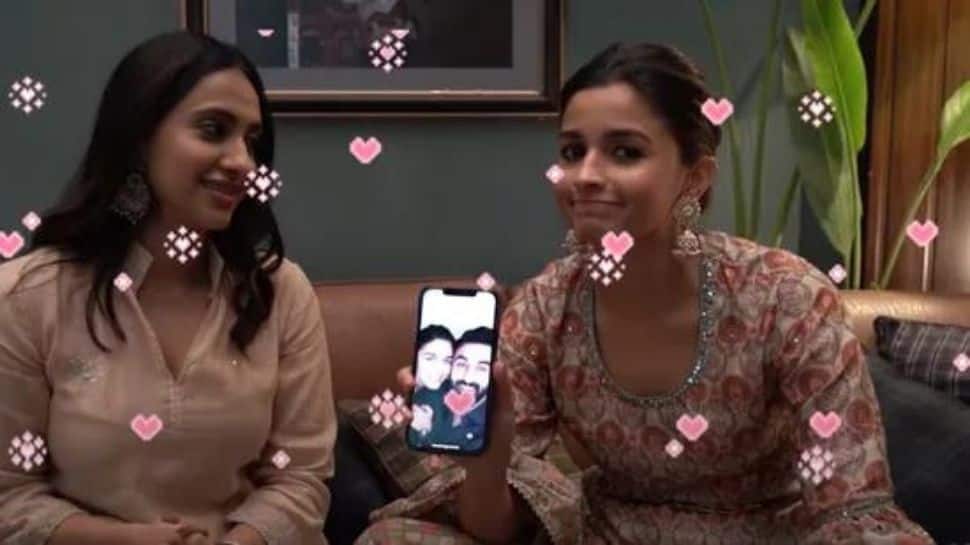 New Delhi: While many Bollywood celebrities are expected to get hitched this year, B-Town’s power couple Alia Bhatt and Ranbir Kapoor fans wanna know when the duo will say ‘I Do’. In a new YouTube video, Alia has shared a glimpse of her regular day and named it as ‘A day in the life of Alia Bhatt.’

In the video, she can be seen heading to the Film City in her car where she was seen shooting for an ad with her best friend Akansha Ranjan Kapoor for a mattress brand.

In between the ad shoot, she can be seen answering a few questions which have been asked by her fans during the Ask Me Anything session.

She then showed her phone’s wallpaper, which was asked by one of her fans, to which, she turned her phone towards the camera to reveal a picture of her and her boyfriend, Ranbir Kapoor.

And the final and the most important question which is on everyone’s mind is when she is getting married, Without giving any hint or answer, she simply shrugged and the video ended.

On the work front, Alia will be next seen in Rocky Aur Rani Ki Prem Kahani alongside Ranveer Singh. Apart from that, she will be also seen in Brahmastra with her boyfriend Ranbir Kapoor for the first time.

She has recently wrapped up the shoot of her maiden production, Darlings. Her kitty is full of other projects also including – Gangubai Kathiawadi and RRR with Ram Charan and Jr NTR.