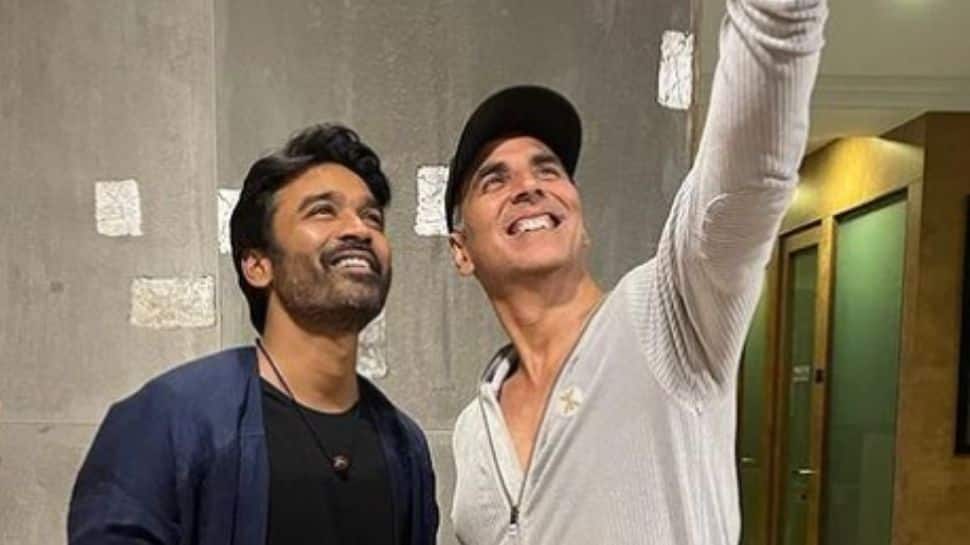 Mumbai: Bollywood actor Akshay Kumar on Sunday caught up with his ‘Atrangi Re‘ co-star Dhanush and shared a selfie of their moment on social media. The ‘Sooryavanshi’ actor took to his official Instagram handle and shared a picture in which featured both the actors.

In the post`s caption, Akshay wrote, “Today my #AtrangiRe co-star @dhanushkraja came calling. `Sir, I always look up to you,` he said. I replied, `I look up to your amazing talent.` Then we both looked up. And this happened.”

The image showed Dhanush wearing light blue colour denim paired with a black tee. He wore a dark blue jacket on top of it.

On the other hand, Akshay could be seen sporting an off-white coloured jumpsuit that he paired with a black cap.

The earlier launched trailer of Aanand L Rai`s `Atrangi Re` gave audiences a glimpse of the core of the film, a complicated love triangle among the characters played by Sara Ali Khan, Dhanush, and Akshay.

The film has been written by Himanshu Sharma and is produced by Bhushan Kumar`s T-Series, Colour Yellow Productions, and Cape of Good Films.`Atrangi Re` is set to release on December 24 only on Disney Plus Hotstar.