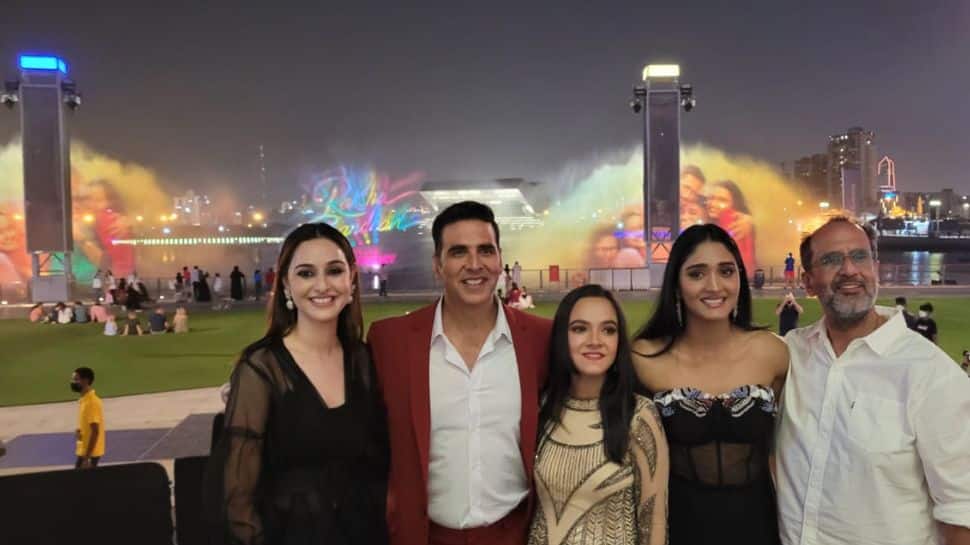 New Delhi: Bollywood superstar Akshay Kumar will next be seen in upcoming family drama ‘Raksha Bandhan’ which has an ensemble star cast. The buzz is high and fans are eagerly waiting to watch it on the big screens. The cast and crew recently travelled to Dubai to promote their movie before its release on the occasion of Raksha Bandhan.

The movie team had a blast promoting the film, interacting with the public and media while conducting interviews. They also visited shopping centres like City Centre Diera, where they spoke and interacted with enormous crowds, displaying the stunning trailer on a huge scale at the Intercontinental Dubai Festival City.

One of the main reasons for promoting the movie round the clock has been its clash with another Bollywood Superstar, Aamir Khan’s much anticipated movie, “Laal Singh Chadda”. The movie, which was earlier supposed to clash with the release of KGF 2, was postponed and later announced to be released on Raksha Bandhan.

At a recent event, Akshay reacted to the clash and said: “It’s not a clash but two films coming together.” It’s a big day. It’s the holiday season; it is Rakshabandhan. Because of COVID, many films weren’t released. Many films are still lying around, waiting to be released in theatres. So two films releasing together is a very natural thing. “