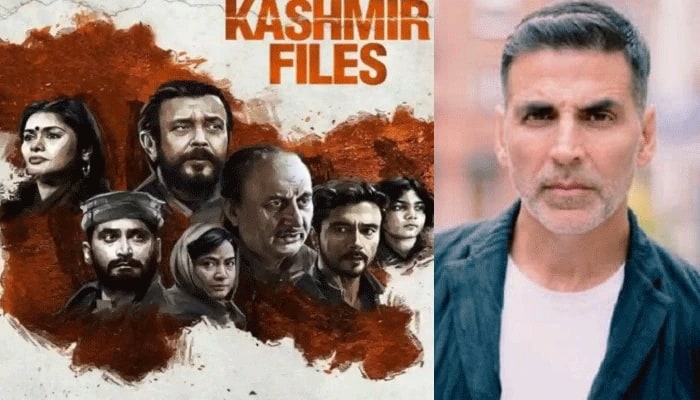 NEW DELHI: Continuing its successful run at the Box Office, Vivek Agnihotri’s recent release ‘The Kashmir Files’ has crossed the coveted figure of Rs 200 crore and is going strong. The film has given a strong run for money to other films that were theaterically released thereafter.

As per the trade pundits, ‘The Kashmir Files’ overwhelming performance at the ticket counters has deeply affected the collection of ‘Bachchhan Paandey’, which released in the theaters on March 18.

Despite being a holiday release, the Akshay Kumar starrer has failed to attract people to the theaters. It witnessed a 65-70 per cent drop in its collection from Sunday. The Akshay Kumar-starrer, which was touted to be a blockbuster hit, is now struggling to reach Rs 100 crore mark. It would not be wrong to say that the film’s business was deeply impacted due to the rising popularity of ‘The Kashmir Files’ which has refused to slow down on the Box Office, despite being in its second week.

Reacting to it, Akshay Kumar recently hailed Vivek Agnihotri for making ‘The Kashmir Files’ that depicted the exodus of Kashmiri Pandits during the Kahsmir Insurgency during the 90s, which it portrays as genocide. “The Kashmir Files came as a wave which has left has all shaken. However, it is a different matter that even my film ‘Bachchhan Paandey’ got drowned in this wave,” Akshay said, while extending his support to the film.

Speaking of ‘The Kashmir Files, it has been written and directed by Vivek Agnihotri and produced by Zee Studios. It stars Anupam Kher, Darshan Kumar, Pallavi Joshi and Mithun Chakraborty and was released theatrically on March 11, 2022.