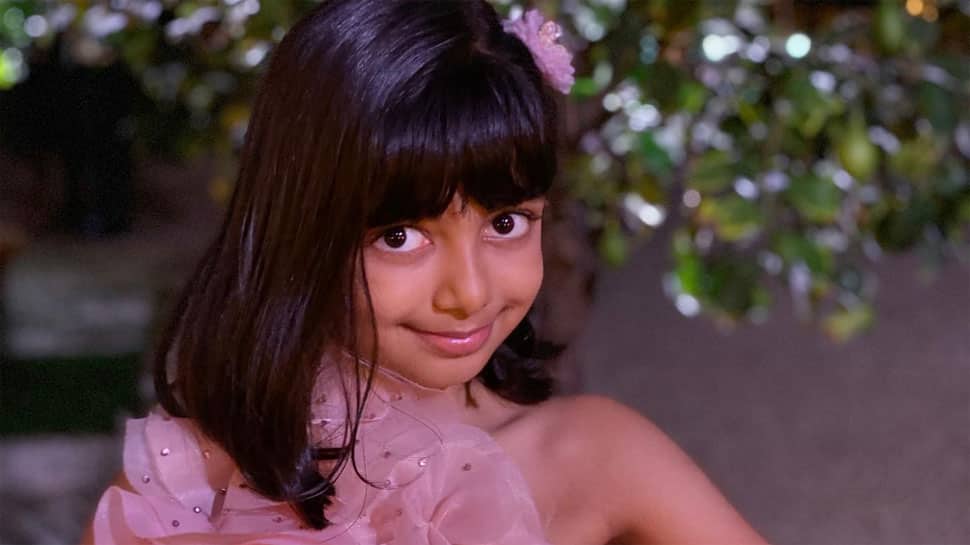 New Delhi: Abhishek Bachchan and Aishwarya Rai Bachchan’s darling daughter Aaradhya has several fan pages dedicated to her. Netizens love to see her cute photos with family and videos from school functions. One such unseen picture has surfaced on the internet where Aaradhya can be seen wearing a mask.

Looks like a post-pandemic photo where every student standing in the line is seen wearing a mask to ensure COVID-19 protocol is being followed in the school. Aaradhya can be easily spotted thanks to her short blunt with bangs hairstyle. She also wears a white hairband. Take a look here:

Earlier, the star kid’s school video from her Hindi elocution had gone viral on various social media platforms and fans couldn’t stop gushing over Aaradhya’s flawless command of the language. Aaradhya was seen wearing her school uniform and giving a speech on the Hindi language.

Aishwarya and Abhishek tied the knot in 2007. Four years later, the couple welcomed their daughter Aaradhya Bachchan in 2011.

On the work front, Abhishek Bachchan has several other projects in his kitty such as ‘Dasvi’ and ‘SSS7’. On the other hand, Aishwarya, who was last seen in ‘Fanney Khan’, has Tamil film ‘Ponniyin Selvan 1 and 2’ by Mani Ratnam.