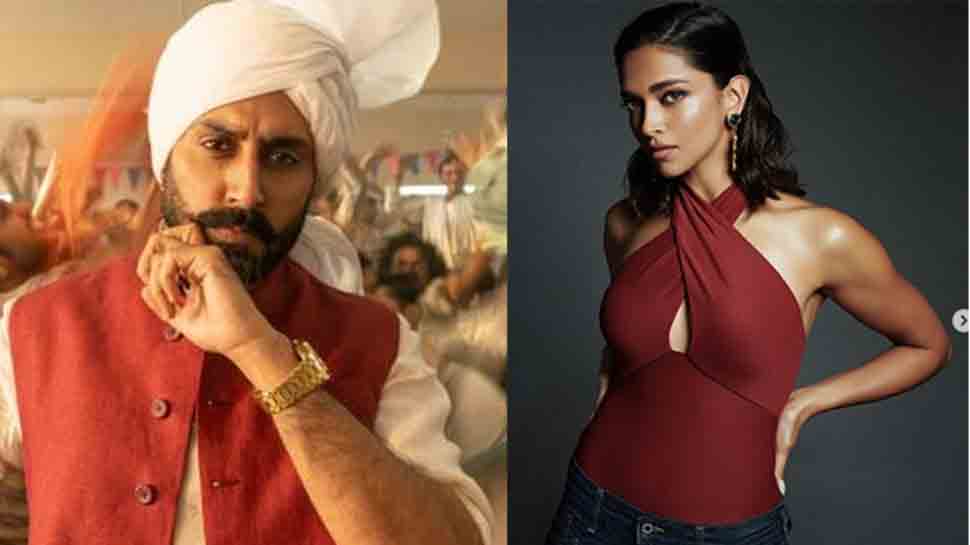 NEW DELHI: Actress Deepika Padukone woke up to a sweet surprise on Wednesday (March 2) and the actress thanked the team of the upcoming Abhishek Bachchan starrer ‘Dasvi’ on her social media for the same.

Everyone across the world truly loves Deepika Padukone and seems like team ‘Dasvi’ agrees. The super viral and successful trailer of ‘Dasvi’ released today morning and one dialogue from it seemed to catch everyone’s attention.

In one of the scenes in the trailer, Abhishek Bachchan is heard saying, “Everyone loves Deepika” referring to the Indian superstar.

Taking to her social media, the actress reacted to the same as she shared the trailer to her story and wrote,  “Thank you team #Dasvi for the LOVE! Wishing you guys the best!”.

The Pathan actress has been making headlines ever since the release of her latest ‘Gehraiyaan’ for the outstanding and relatable performance she had delivered in the film.

On the work front, the reigning Queen of Bollywood has massive projects like ‘Pathan’, ‘Fighter’, ‘Mahabharata’, ‘Project K’, ‘The Intern’ remake and another Hollywood project.