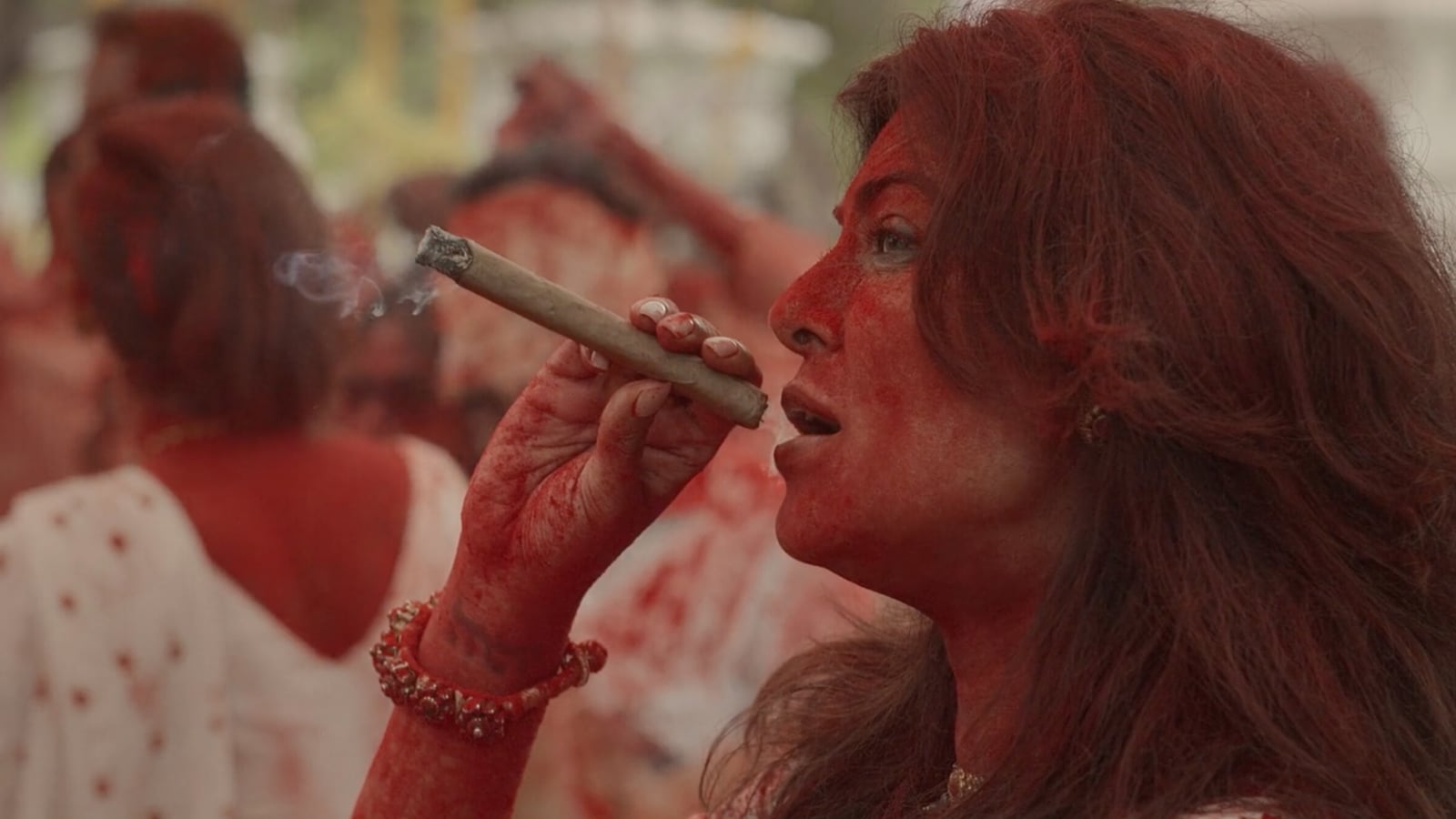 Ram Madhvani‘s second release in two months, Aarya‘s season two tests your patience in more ways than one. From the shoddy performances by the supporting cast to conveniently changing moralities, a lot of things weigh down this crime drama. However, there are some good things to be found here, such as how Sushmita Sen is still the perfect fit as the urban mum with a ton of troubles, and that brilliant final episode, which comes so close to the craziness of Breaking Bad, you almost want to ring up Madhvani and ask him why could not the rest of it have been like this?

Instead, we are served more of the same things as season one, quite literally at times. In the new season, Aarya Sareen (Sushmita) has returned to India (rather, dragged back), with her brood, from the safety of witness protection. She has to give testimony against her husband’s killers, which include her father with a Raja Dashrath syndrome, the silliest brother imaginable and a new entry: a cuddly drug lord. But the evil drag-back and blackmail puts her off police and the judiciary, bringing a change in her plans at the last moment.

The change-up leads to more chaos in her life, which I am still trying to figure out if it was a very slick piece of writing (that my silly brain could not fathom) or a very lazy one. The chaos is more of the same that you watched in season one. Aarya has to meander through lying, backstabbing family members, neighbourhood drug lords, and mean Russians who are quite docile and friendly, to be honest. Amid all this, there are still some untrusting friends, a daughter who still needs a therapist (like yesterday), and a son who is still haunted by the ghosts of his dad’s killer. And the same tone continues for seven whole episodes before we finally hit a different gear in the final episode.

This is where Ram Madhvani really allows things to get exciting and lets Aarya become somebody else. A botched kidnapping, a sinister ‘hack’ job and a complete lack of remorse at having accomplished all of it, finally pull Aarya out of the good mommy zone and lets her soak in the glorious grime of the anti-hero(ine). It’s the one episode that almost hypnotises you into believing that you have just watched a great series. But you must not allow yourself to be fooled. It was simply one great episode, preceded by silly cliches that no good writer-director would let within an arm’s length of his passion project.

Let me elaborate with examples. The daunted daughter sits on the edge of a bathtub with her concerned mom by her side. She tells her how miserable she feels but the dialogue between them is either too banal or too poetic, as if lifted right from a Rumi handbook. Nothing about this conversation, which was supposed to be a gut-wrenching scene between a helpless mother and her suicidal daughter, makes a dent in either your heart or your gut.

Virti Vaghani’s loud and shrill performance as Aru is also the most difficult to sit through. Any and every cliche attached with ‘troubled’ girls has been given to her: blue hair, dreadlocks, piercings, drug and alcohol addiction, and calling your mom a b*tch without any reason. If all of this wasn’t enough, they even get her to speak dramatic lines in Hindi and then again in English (Main marr jaugi, I’ll die), the shallowest hole any writer can fall into.

Sugandha Garg’s pregnant, delirious Hina, also does little to help the show’s case. Her hatred for Aarya makes no sense, neither does her sudden change of heart. The vengeful public prosecutor had no reason to take things so personally and that Russian mobster frankly looked like Saif Ali Khan in his Go Goa Gone Halloween costume. However, Sikander Kher could still manage to look warm and gentle under all that muscle and Vishwajeet Pradhan’s goon with a golden heart, Sampat was always a respite from characters trying to take themselves too seriously.

But personally, I am quite done with giving Hindi web series brownie points just for not being downright atrocious. Aarya is not as bad as what ‘mainstream’ OTT has been serving us in the name of ‘content’ lately. This ‘gentrification’ of the means–bringing in large names from Bollywood to conceal the mediocre writing and uninspired production–doesn’t deserve an International Emmy nomination. In a fairer world, Aarya would be ignored as yet another disappointing second season to a slightly better predecessor. It can have its brownies and cakes when it makes itself worthy of it.