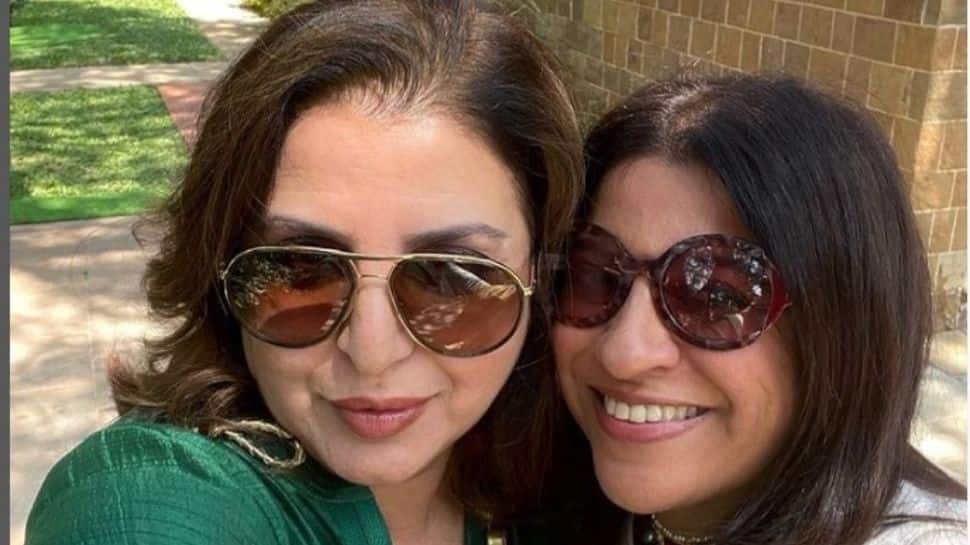 NEW DELHI: Actors Farhan Khan and Shibani Dandekar have finally said their ‘I dos’ in an intimate ceremony held at the former’s house in Khandala on Saturday.

While several pictures from the D-day have gone viral on the internet, here comes a picture from filmmaker-choreographer Farah Khan, who could be seen posing all smiles with the actor’s elder sister Zoya Akhtar at the wedding venue in Khandala.

For the unversed, Farhan Akhtar and Shibani Dandekar made a perfect classy couple at their daytime wedding ceremony.

Visuals of the couple at their wedding have been doing the rounds on social media in which the two look adorable, dressed in black-and-red outfits.

Farhan looked dashing in a black tuxedo with a black bowtie and matching shades.

The bride went for a breezy red-and-pink fitted gown with a red veil. She opted for an open and wavy hairstyle.

Farhan’s close friend and co-founder of Excel Entertainment, Ritesh Sidwani, wore a white shirt which he complemented with a bow tie as he arrived for the wedding. Music composer Ehsaan Noorani was also on the guest list.