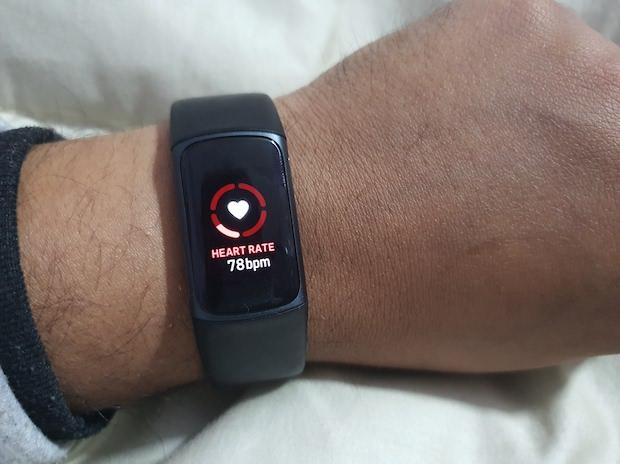 The Fitness wearable market is highly cluttered and you can easily get one for as low as Rs 1,000. Over the years, smart bands have come a lot closer to what smartwatches offer in terms of features and it gets interesting every time a new smart band makes its way into this highly competitive space.


Fitbit has been among the finest fitness wearable maker and its fitness bands, in some ways, are better than most of the smartwatches considering the features and value they offer for the price.


Priced at Rs 14,999, this is indeed an expensive fitness tracker which invites a question of whether you’re better off with a smartwatch such as Garmin (Forerunner 45) around the same price or is it worth spending so much money on a fitness band? Let’s find out how the Fitbit Charge 5 fares overall:


Fitbit Charge 5 looks pretty conventional in terms of design but it does look elegant with a quality build, unlike what we usually see in cheaper fitness bands. There is a screen without any button and on the sides are metal plates that are used to measure ECG and EDA.

The silicone straps are quite comfortable and the band weighs just 28 grams so it is pretty easy to wear it even while sleeping.


Talking about the display, the Charge 5 finally features a 1.04-inch coloured display with impressive touch response.


The screen offers decent brightness even outdoors with good sunlight legibility. Along with screen faces, you get several screen modes to pick from, including an always-on display.

Although fitness bands have limitations as compared to smartwatches, the Fitbit Charge 5 managed to impress me with several key features. But most importantly, I was looking at the accuracy of the data it collects, and I must say it’s pretty good at that.


Besides, you get the option to see notifications but can’t reply and I feel it’s okay because one won’t be able to type in this small screen.


I was keen to see how the ECG feature works but the band kept restarting so I couldn’t record it, that was a bit disappointing from a Fitbit band.


I liked the daily readiness score feature which is calculated by tracking a bunch of parameters such as your daily activity, sleep, stress, and more.


The sleep score is another feature that’s crucial these days and I tried to compare it with the kind of sleep score I get with other smartwatches and it looks fine to me.

What’s really missing is music control which is important for people who want their music during workouts and like to control it via smartwatch or band itself.


The Charge 5 is water-resistant up to 50 meters, so you will not have to worry much about it.


The Fitbit app works really well and keeps a track of all your activities and metrics. You get a premium membership free for 3 months through which you can have access to some of the advanced features on the app, including several workout videos and fitness plans.


Overall, the premium version can be really useful around this time when gyms are closed so you can get customised fitness and diet plans using your premium membership.


I must say the battery is one of the strong points of Fitbit Charge 5.


You can easily get a 6-7-day backup with regular use and some moderate workouts, this is impressive. Rest a lot depends on what all features you use on regular basis.


The charging time for the band is decent enough, it roughly takes about an hour for a full charge.


Without a doubt Fitbit Charge 5 is a capable and accurate fitness tracker with some of the finest features, however, its price tag (Rs 14,999) may pinch many because one can get a good smartwatch adding a few bucks.


It’s a tad expensive despite being an impressive offering and may draw the interest of Fitbit loyalists. However, others would be better off buying a smartwatch and there are many in this range, including the OnePlus Smartwatch or Garmin Forerunner 45.


Those specifically looking for a smart band, and an advanced one may consider this one.