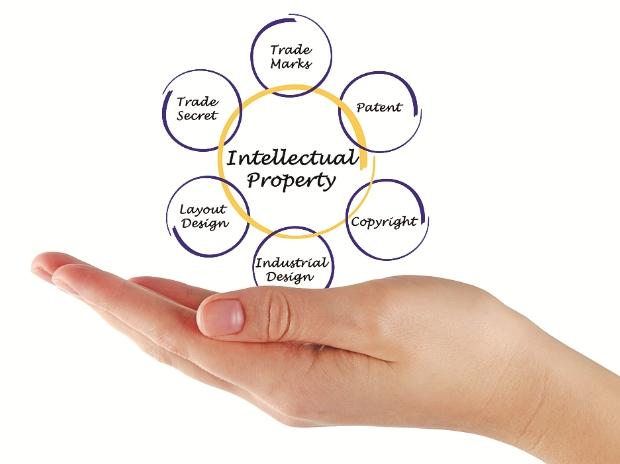 Earlier this week, the Delhi High Court permanently restrained a Bengaluru-based cake shop from using the name “Facebake” or “Facecake”, or in fact any other Facebook trademark, after Meta Platforms, which owns Facebook, went to court.

This wasn’t the first such case. And it is unlikely to be the last.

Dozens of flea markets, Delhi’s Chor Bazaar being one, for instance, sell clothes, shoes, watches and colognes named after world-renowned brands. Popular coffee chains, mineral water brands, fast-moving consumer goods (FMCG) companies and many others have had to grapple with violations of intellectual property rights (IPR).

So, where do we stand when it comes to IPR?

Under Indian laws, trade mark is a mark “capable of being represented graphically and which is capable of distinguishing the goods or services of one person from those of others and may include the shape of goods, their packaging, and combination of colours”.

Anyone trying to use a brand that is deceptively similar to another popular brand (e.g. in font, format, colour scheme, etc.) is an infringer. “In addition to a similar sounding name, ‘Facebake’ was also using the same font and the blue-on-white colour scheme popularised by Facebook,” says Anupam Shukla, partner at Mumbai-based Pioneer Legal.

There have, however, been instances where similar sounding names have co-existed.

Which begs the question: When does a name become an infringement?

Meghna Mishra, partner at Delhi-based Karanjawala & Co, says it depends on how well-known a mark is. “Other things such as the brand’s international presence, application and a reputation built during the time also determine if one is entitled to protect those marks,” she says.

In cases like these, the conduct of the alleged violator has to be taken into account, she explains. “The look and feel of the cake shop was similar, so it comes in the ambit of unfair advertising. The shop was riding on Facebook’s reputation, diluting its mark,” she says.

How wide is the scope of such laws? Well, it comes with riders.

Cadbury in 2019, for instance, lost its battle in the UK to protect its right to use purple wrappers for its chocolates. After losing the appeal, too, it gave up a trademark. The lawyers had said the company may have decided the trademark application is unenforceable after a court ruled that it was too wide-ranging.

Years before that, in 1994, when the trademark laws were still evolving in India, the Mercedes-Benz case defined the trans-border and spillover reputation. In this case, an undergarment unit had copied the three-star logo of the car company on its garments. “Certain marks become a house name and everyone recognises them. Such marks have to be protected so that others do not benefit from their reputation,” Mishra explains.

However, outlets such as Burger King and Burger Singh are coexisting peacefully. Also, a lot of pizza outlets with similar names exist in the same space. Mishra explains that this is because the term “burger” is wide and cannot just be associated with one brand. “It is about the principle of exclusivity. If the mark would also have been copied, it would have been a different matter. The conduct or intention is what is important,” she says. So, while Burger Singh is fine Mr Singh Burger King isn’t – as a Ludhiana-based vendor, who operated a burger joint by that name, discovered.

He had to change its name in 2015, after the fast food giant filed a trademark case against him.

In a country like India, where counterfeit items are sold in every nook and corner, the regulation of trademark infringement poses a big challenge.

“Such sellers are fly-by-night operators. Tracing the source of counterfeit items is extremely difficult,” says Mishra. “However, in such cases, an injunction against unknown persons can be obtained, which is called the John Doe order abroad and the Ashok Kumar order in India,” she adds.

In such cases, a local commissioner can be appointed to crack down on such operators. But the challenge, Mishra says, is that such instances are rampant and difficult to track.

While tracing the source of infringement might be difficult, it is important to protect the rights of individuals to encourage businesses, says Rajeshwari Hariharan, managing partner at Delhi-based Rajeshwari & Associates.

“In 2020, the Delhi High Court passed strict orders against 24 scammers posing as franchisees of McDonald’s,” she says. “The court directed the freezing of their accounts and that they change the entire mark, logo, etc. This is necessary in the public interest.”

On the wrong side of rights

A bump in the road

The Delhi High Court in 2020 granted an interim injunction restraining an e-rickshaw manufacturer from using the mark ‘DMW’, in a trademark infringement action by luxury car manufacturer BMW.

Britannia Industries filed a case against Future Group in 2020 claiming that the Kishore Biyani-led company had copied the packaging of several of its popular biscuit brands. Britannia alleged that Future Consumer’s packaging for some of its Tasty Treat brand of biscuits was deceptively similar to Britannia’s biscuit packs. Both parties agreed to an out-of-court settlement.

Lakme vs Subhash Trading & Others

The plaintiff sold cosmetic products under the Lakme trademark and the defendant used the LikeMe trademark for the same class of products. It was held that there was a resemblance between the two words and that the words were also phonetically similar.

The plaintiff was involved in the production and sale of species and condiments sold under the MDH logo on a red background of three hexagons. The defendant used the “MHS” logo in a red background hexagonal device. Both marks were found to be similar and likely to cause confusion and deception. MDH also requested an order restricting the defendant from using the logo MHS or any other trademark identical or deceptively similar to the trademark logo of MDH. MHS was restrained from manufacturing, selling or marketing any spices or condiments using the impugned logo or any other trademark that was identical or deceptively similar to the registered trademark of MDH. The court also awarded punitive damages amounting to Rs 1 lakh.

What’s in a name?

In 2001, the Supreme Court ruled that based on phonetic similarity, the name “Mahendra & Mahendra” infringed the early trade name “Mahindra”, which had been in use for five decades and thus acquired a distinctive and secondary meaning. The paper mill was restrained from using the deceptively similar name.

Brew of a kind

The Delhi High Court on August 1, 2018 granted interim relief in favour of Starbucks, directing the defendants to use the name “Sardarji-Bakhsh” (instead if Sardarbuksh) for their 20 new, upcoming outlets until the final hearing of the suit on September 27, 2018. After the hearing, it was agreed that the defendant would change the name of all of its outlets to “Sardarji-Bakhsh Coffee & Co.”