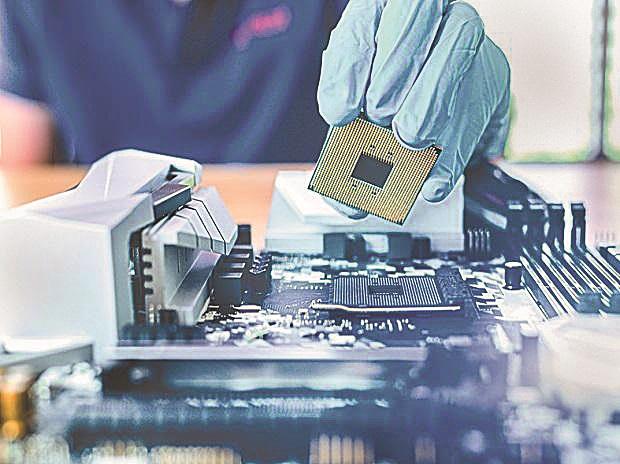 Samsung Electronics, the world’s top memory chip maker, saw its DRAM sales fall in the first three months of the year for a second quarter on weaker prices and other negatives, but the company retained its top spot in the global market, data showed on Tuesday.


Samsung’s DRAM revenue came to $10.34 billion in the January-March period, down $9 million from three months earlier, according to the data from global market researcher Omdia.


It marks the second straight quarter of falls. Samsung’s sales of DRAM, its flagship memory product, dropped 9 per cent on-quarter to $10.5 billion in the fourth quarter of last year, reports Yonhap news agency.


Yet Samsung retained its leading status in the global DRAM market, with its market share having come to 42.7 per cent as of end-March, up 0.8 percentage point from three months earlier.


DRAM, or dynamic random-access memory, is a type of volatile semiconductor memory that retains data as long as power is supplied. It is commonly used in personal computers, workstations and servers.


The decrease in Samsung’s DRAM revenue came amid a cyclical downturn in DRAM prices, the prolonged war in Ukraine and disrupted production of tech products stemming from China’s coronavirus lockdowns.


DRAM prices have been on a steady decline since sinking 9.5 percent in October last year and shrinking 8.1 percent in January this year.


SK hynix, the world’s No. 2 DRAM maker, reported DRAM sales of $6.56 billion in the first quarter, down $871 million from the October-December period. Its market share dropped to 27.1 percent from 30.1 percent over the cited period.


But US chipmaker Micron Technology, the third-largest industry player, saw its first-quarter DRAM revenue increase by $575 million to $6.03 billion, with its market share rising to 24.8 percent from 22.1 percent.