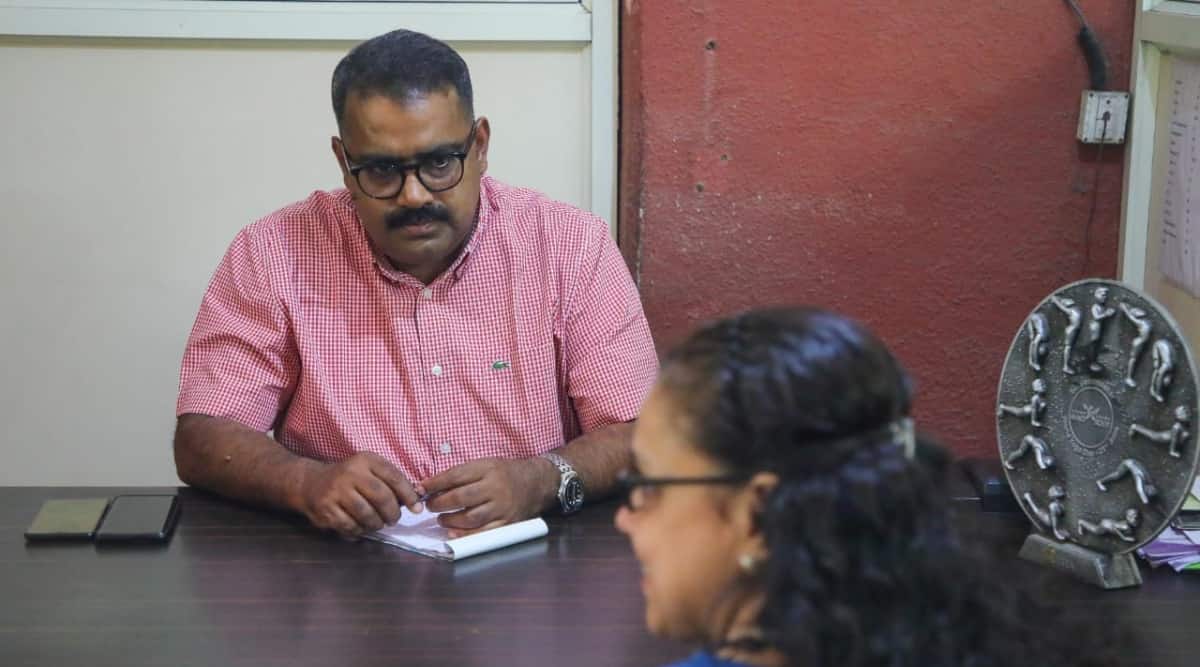 Reena (name changed) was among the 13 women selected nationally to join the first batch for pilot training in the early 1990s. She cleared the intense pilot aptitude battery test (PABT) and underwent psychometric tests apart from medical examination to then qualify for training at the Air Force Academy at Dindigul in Andhra Pradesh. She even flew her first solo sortie till she fell ill with a disorder that could only be diagnosed as schizophrenia in 2001.

“It has been a long journey since then and it is a reality that I have learnt to accept,” the 52-year-old woman told The Indian Express as she calmly goes about her new role in the accounts section of Chaitanya Institute for Mental Health at Kondhwa.

The high achiever who graduated with physics and chemistry as her core subjects from a top university in Kerala also cleared the exam conducted by the Institute of Cost and Works Accountants of India while she pursued her passion for flying. But that chapter was soon over as she faced episodes of nausea and a sense of strange smell while flying.

“It was not frequent, as that would have been air sickness, but I vomited during a solo sortie and subsequently my father refused to allow me to continue and I had to quit,” she said. These episodes and related symptoms, like irritability, were often thought to be part of a severe premenstrual syndrome. While she went on to work in a few firms in Kerala, her debilitating illness – which affects 21 million people worldwide, according to the World Health Organization – could only be identified in early 2000.

“I was hospitalised and then when I recovered, my family went to Mumbai. An unsuccessful marriage and accident later, I soon realised that I was scared to interact with people. I lost my self-confidence and a month before the pandemic, my family admitted me to the Chaitanya Institute of Mental Health in Pune,” recalls the 52-year-old who is aware that schizophrenia is a serious mental illness.

May 24 has been declared World Schizophrenia Day in a bid to spread awareness about the illness and eradicate myths and superstitions around mental illnesses in general.

According to a Lancet study, one in seven Indians were affected by mental disorders of varying severity in 2017. The proportional contribution of mental disorders to the total disease burden in India has almost doubled since 1990.

Schizophrenia is a serious mental health disorder that impacts an individual’s ability to think, feel and behave clearly, says Roney George, founder of Chaitanya Institute which has seven centres across the country. While four centres are functional in Pune, the others are located in Goa, Kerala and Panvel. With the institute set to celebrate 25 years in 2024, George said they have helped rehabilitate more than 10,000 persons with mental illness.

“The 52-year-old woman is also fit to be discharged. In such cases, family members have also to be convinced and guided so that they can get accustomed to welcoming them back home. This is a challenge and there are still so many persons with our centre who cannot go back to their families,” George said while citing the case of Neeta (name changed) who has been at the centre for 22 years.

“Her mother died during the Covid pandemic and she has no siblings. So we had to accommodate Neeta’s 93-year-old father at our centre as she has recovered but is yet to find a suitable job,” George added.

Dr Vidyadhar Watve, former president of Indian Psychiatric Society, told The Indian Express that schizophrenia is a chronic, relapsing and remitting illness. “However, comprehensive treatment can help fight the disorder with pharmacological, psychosocial interventions and family support. The role of family members is immense. Unfortunately, there is stigma and discrimination still associated with disorders like schizophrenia and many do not receive specialist mental health care,” Dr Watve said.

According to WHO, a range of effective care options exist for people with schizophrenia and at least one in three people with the condition will be able to recover fully.