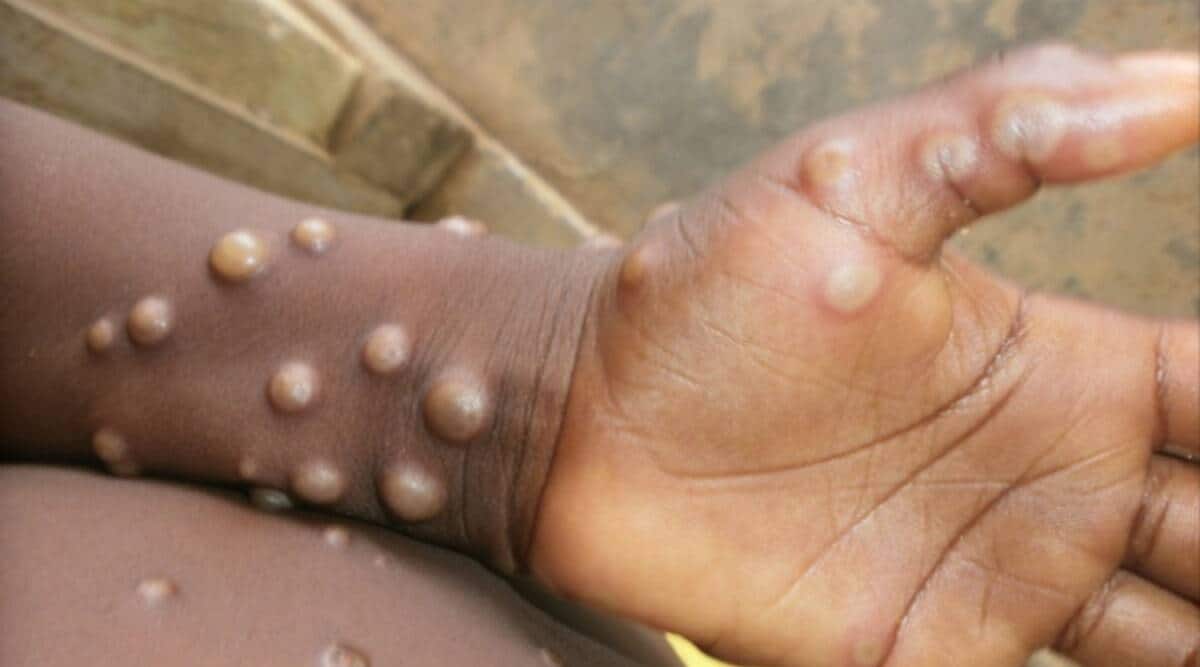 With one more case each reported from Kerala and Delhi, India’s monkeypox tally reached eight on Tuesday.

A 30-year-old man became the fifth person to test positive for the infection in Kerala.

In a release, Kerala Health Minister Veena George stated, “The infected person reached Kozhikode airport from UAE on July 27. He is undergoing treatment in Malappuram. Four of his primary contacts have been put under observation.”

In Delhi, a 31-year-old Nigerian national, with no history of international travel, tested positive for the infection.

“Eight cases (of monkeypox) have been detected in the country so far, of whom five have a history of foreign travel. They have travelled from Dubai or Sharjah,” Union Health Minister Mansukh Mandaviya said in Parliament. “We have written to the Dubai government, asking them, if someone is travelling from there, to conduct tracing and share the reports with us so that we can monitor them. At the airport, we do thermal screening.”

But like during the Covid-19 pandemic, it is seen that “even with thermal screening, some people take a paracetamol, go undetected, and enter the country”, he said.

The Indian Express had on Monday reported that the Centre was in touch with the UAE authorities to determine how the 22-year-old man returning to Kerala — he died five days later with encephalitis (inflammation of the brain) — was able to board the flight despite testing positive for the infection.

So far, all those who tested positive for the infection in India have been in young men. On Tuesday, a woman suspected to have been infected was admitted to Lok Nayak, Delhi’s nodal hospital.

Even as most cases globally continue to be reported in Men who have Sex with Men (MSM), Mandaviya said, “This disease spreads through deep contact; it can be transmitted from a mother to her child, from a husband to wife. It is not restricted to a specific community. Whoever comes in deep contact can get it.”

He said the spread within a household can be controlled if other family members maintain a distance for 12 to 13 days from the infected person.

“Whichever family the case is detected in, contact-tracing is done to see if the contacts were affected. Whatever Covid-19 taught us, we are implementing the best practices for monkeypox,” Mandaviya said in Rajya Sabha.

So far, 18,000 cases from 78 countries have been reported to the World Health Organization (WHO).

With India having reported several cases, the minister also spoke about vaccination for the viral infection. “Monkeypox is close to smallpox, and there was research conducted for smallpox vaccine. There is limited research on vaccination for monkeypox. Work on limited studies on safety and efficacy is going on,” he said. “Wherever cases are high, Ankara vaccine, which contains a virus similar to smallpox, is being used.

“It is being administered to contacts, but it is not a vaccine developed after detailed studies.”

He said, even WHO does not recommend mass vaccination for monkeypox, but only among contacts.

“In India, monkeypox has been isolated by our scientists. ICMR has also given an Expression of Interest — like it was done for coronavirus — for research and manufacturing of a vaccine by other institutes. Any institute and scientist interested will be given the isolated virus so that they can conduct the research and develop the vaccine within the country.”