When the last thing you want to do is exercise 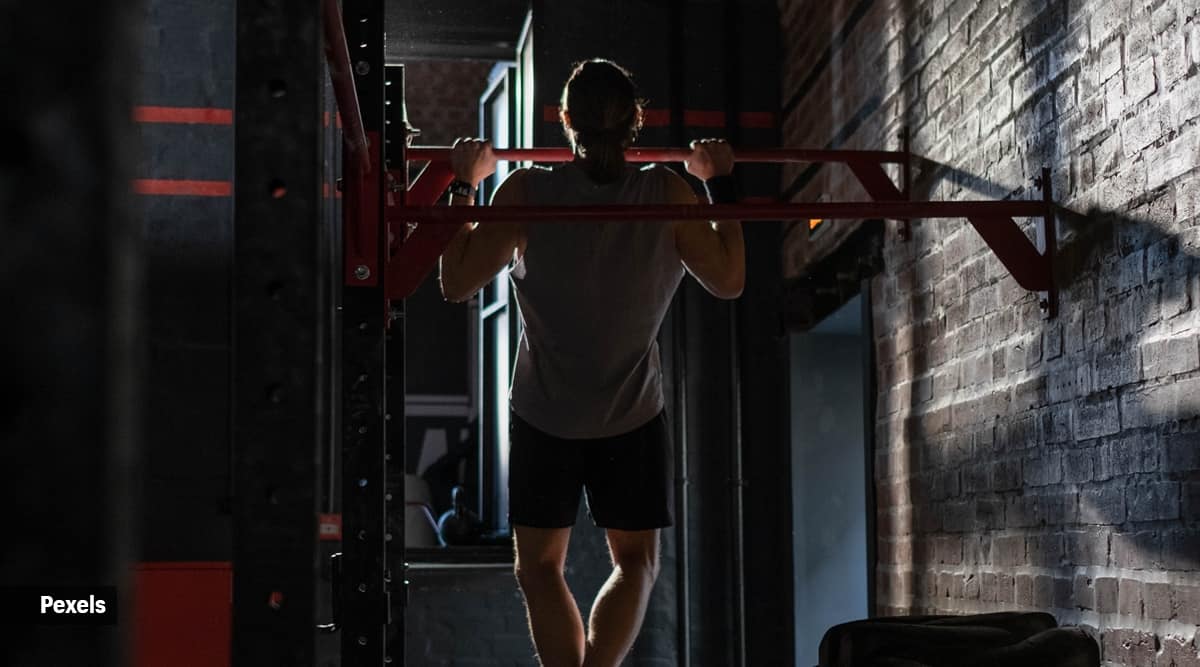 I was so tempted to skip the run. It was a Thursday afternoon in early December, and by the time my five Zoom meetings were done, it was getting dark and the sky was spitting sleet. Still, I headed out the door, because my last call of the day had been with a couple of professional runners, each with multiple national championship titles in distance running under their belt. A physician, Megan Roche, and her husband, David, had encouraged me to think of my workout as recess after a long day of work, rather than another item on my to-do list.

“I struggle with motivation all the time,” Mr. Roche said. What gets him over the hump is finding joy in the activity itself. Sometimes it helps to get a little silly, he said. “It sounds ridiculous, but if you’re running down a slight hill or even just tired, put your arms out like you’re an airplane and suddenly everything become less serious.”

It did sound silly, but when I tried the airplane arms trick, my dark, cold run became surprisingly joyful. Here are some other ways you can find inspiration and maybe even a little glee in your daily workout.

Don’t think of it as exercise.

When exercise isn’t appealing, making it feel like something else can help. Crystal Steltenpohl, a psychologist at University of Southern Indiana, Evansville, who studies exercise motivation, recalls a conversation she had with a participant in one of her studies who said, “I go play basketball, but that’s just hanging out with friends.” In other words, although the activity qualified as exercise, that was just a fringe benefit, rather than the motivating factor.

I spent years as a competitive runner, cyclist and skier. And while I continue to do these activities, I usually get the recommended 22 minutes per day of moderate-intensity exercise automatically, without ever thinking about exercise. Instead, I do my morning walk to clear my head, feel present in my surroundings and connect with my husband and my dogs.

“If you ask, most people will say they want to exercise for their health, and that’s a great goal,” said Katie Heinrich, an exercise scientist at Kansas State University. “But what gets people actually moving is doing something they enjoy.” There’s no perfect activity for everyone. “How do you like to move?” Dr. Heinrich said. “Maybe it’s dancing, or it could be a walk in the park. For some people, it might be CrossFit or Peloton.”

Casey Johnston stumbled upon weight lifting through a Reddit thread by a woman starting a strength-training program. That post inspired Ms. Johnston, a health and science writer who now publishes the newsletter She’s a Beast, to try a similar program. She discovered that she loved it much more than running. Whereas running gave her too much time to ruminate over anxious thoughts, “You can’t think of anything else when you have 200 pounds on your back,” she said.

Last month, researchers published a megastudy testing the effectiveness of 54 different approaches to motivating people to exercise more. The experiment, which enlisted more than 60,000 members of the 24 Hour Fitness chain as test subjects, found that offering a free audiobook was one of the most effective ways to get people to the gym. The idea was to give participants something to look forward to while exercising, said one of the study’s organizers, Katy Milkman, a professor at the Wharton School of the University of Pennsylvania and author of the book “How to Change: The Science of Getting from Where You Are to Where You Want to Be.”

It’s an approach familiar to Dr. Roche. She enjoys taking photographs, and running gives her an opportunity to look for interesting things to shoot, especially while traveling. “These photos carry me through my running journey,” she said.

“The number-one reason people give for not exercising is time,” Dr. Heinrich said, and the only reliable way to find the time is to prioritize it. “You have to make a decision to put exercise into your day, it’s not just magically going to happen.”

Ms. Johnston used to try and squeeze exercise into her life by doing things like taking the stairs instead of the elevator, “But that never really stuck or gave me any validation that I was doing anything meaningful,” she said. “Giving exercise a distinct place in my life was motivating.”

If you think of exercise as optional, you give yourself permission to skip it. Instead, try thinking of it as an essential part of your job, said Brad Stulberg, author of “The Practice of Groundedness” and a frequent writer about human performance. “Whether you are a parent, business person, physician, writer, artist, lawyer or educator, exercise will make you better at what you do,” he said. “It will help you focus, stay calm and collected, and improve your energy.”

If you think of exercise as optional, you give yourself permission to skip it. Instead, try thinking of it as an essential part of your job. (Photo: Pexels)

Making exercise a priority doesn’t mean you need a rigid schedule. A study Dr. Milkman and some colleagues published in 2020 found that giving yourself flexibility to meet your goals might boost your chance of success. Researchers studied more than 2,500 Google employees, randomly assigning some of them to get paid for going to the company gym during a window of time they had identified in advance as the most manageable, while others could opt to go anytime.

The researchers had expected that committing to specific times would help people form stronger habits, said lead author John Beshears, a behavioral economist at Harvard Business School. Instead, the people who’d been given flexibility ended up going more often after the payments ended. When the group on the rigid program missed their planned workout, they didn’t go at all, whereas the group that had practiced finding the time continued to do so, Dr. Milkman said.

“The best fitness motivator is a friend. They hold you accountable to show up and they support you when you don’t,” Mr. Stulberg said.

In one 2017 study, Dr. Heinrich interviewed CrossFit gym owners and coaches and found that feelings of community were a strong motivator for people who continued with the classes. “It’s not that you have to go, it’s that you want to go and are drawn in by the group,” she said.

Having a cheerleader on the sidelines can also give you a boost, Dr. Steltenpohl said, by affirming that you’re putting in the work and acknowledging the obstacles you’ve faced. “If you work out alone, having someone to check in with can be helpful.”

Create an environment for success.

Look for ways to make your surroundings more inviting for physical activity, Dr. Steltenpohl said. Find or create a place where exercise feels enticing. That could be a gym, a park, a walking path or even just your bedroom with an exercise mat and a fitness app, she said. The key is that your surroundings are priming you to succeed.

Dr. Roche usually runs first thing in the morning, and she preps ahead of time by laying out her clothes, getting the coffee pot ready and queuing up an energetic music playlist while she gets ready to run. On winter mornings, she also turns on bright lights and occasionally warms her muscles first in a hot shower.

Anticipate how exercise will make you feel

Exercise can help you manage your moods, Dr. Steltenpohl said, and when you’re feeling lousy, sometimes exercise is a powerful antidote. “When I get really frustrated, I find that’s a good time to take a walk.”

Ms. Johnston is motivated by how her workouts feel. “I really enjoy how it feels physically to use my muscles and do one concrete task,” she said. She’s also urged on by the progress she achieves through weight lifting. “It’s impossible to make people understand the feeling of getting stronger, especially when they’re new at it,” Ms. Johnston said. It’s a benefit that happens pretty quickly, she said, and it can create a positive feedback loop.

If you slip, try to get back on track right away.

The most effective trick identified in the 24 Hour Fitness megastudy was to inspire people to get back on track when they missed a session. In this scenario, people committed to coming to the gym on certain days and times, and if they missed one of these planned visits, they’d get a reminder and also a chance to earn extra points if they made their next planned visit. (Participants earned points that they could convert to Amazon cash.)

It didn’t take much — about nine cents in extra points — to get people back to the gym, and Dr. Milkman theorizes that it’s the signal “don’t miss your workout twice” that nudged people, rather than the trivial bonus. You could imagine making this more potent by joining the gym with friends, she said.