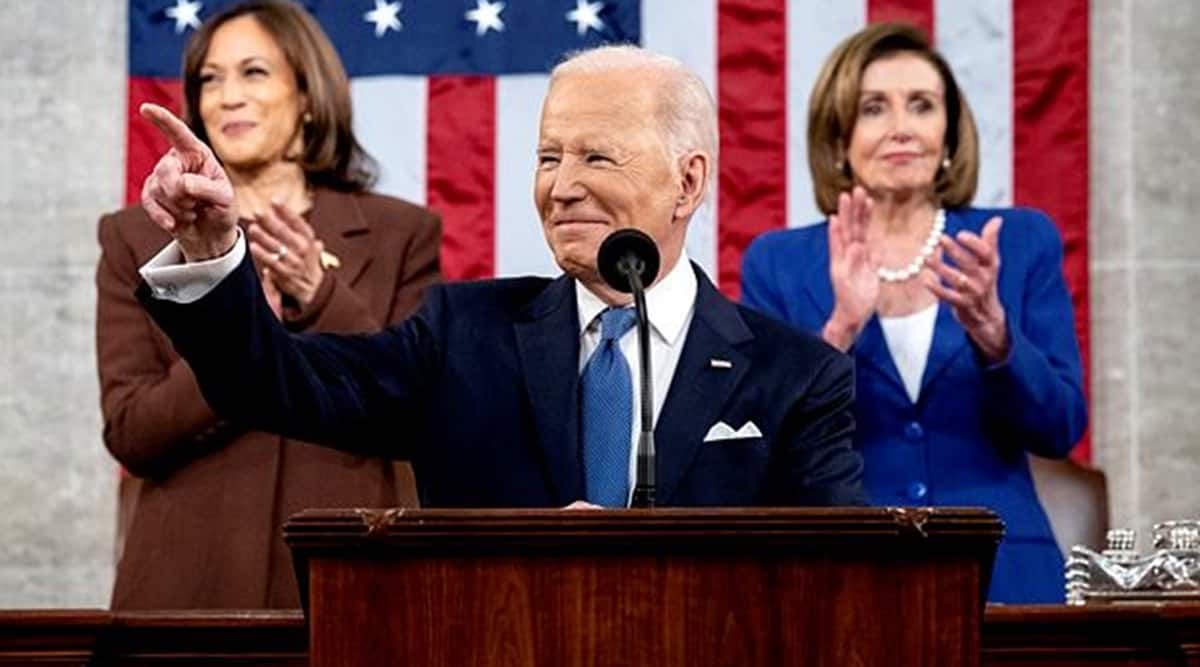 US president Joe Biden covered many key points during his first ever State of the Union address that happened on March 1, 2022 at the US Capitol. Besides commenting on the ongoing crisis in Ukraine and condemning Russia for it, Biden raised some important issues such as that of health concerns and overall well-being of people living in the US.

In his speech, he pointed out that cancer concern is huge in the country, especially with regard to “veterans”. He said troops deployed in Iraq and Afghanistan have “faced many dangers”.

The VA is pioneering new ways of linking toxic exposures to diseases. This is already helping more veterans get benefits.

“One was stationed at bases and breathing in toxic smoke from ‘burn pits’ that incinerated wastes of war — medical and hazard material, jet fuel, and more. When they came home, many of the world’s fittest and best-trained warriors were never the same,” Biden said, adding that they experienced “headaches, numbness, dizziness”.

Tonight, I’m offering a Unity Agenda for the Nation. Four big things we can get done together. pic.twitter.com/TaAHXRNcK4

“A cancer that would put them in a flag-draped coffin.”

He also gave the example of his son, Major Beau Biden, who died of brain cancer in 2015, saying that while he does not know “if a burn pit was the cause of his brain cancer”, he is “committed to finding out everything [he] can”.

The 46th US president gave the example of another soldier, who was “stationed near Baghdad, just yards from burn pits the size of football fields”. “Cancer from prolonged exposure to burn pits ravaged [his] lungs and body.”

Biden vowed to “end cancer as we know it”. “This is personal to me and Jill, to Kamala, and to so many of you. Cancer is the #2 cause of death in America — second only to heart disease.”

“Our goal is to cut the cancer death rate by at least 50 per cent over the next 25 years, turn more cancers from death sentences into treatable diseases,” he added, while mentioning the need to make “breakthroughs in cancer, Alzheimer’s, diabetes, and more”.

Let’s cap the cost of insulin at $35 a month so every family can afford it.

Biden also pointed out that one in 10 Americans has diabetes. He gave the example of a 13-year-old boy called Joshua Davis — who was present there for the speech — of how he and his father both have type 1 diabetes, which means they need insulin every day. “For Joshua, and for the 2,00,000 other young people with type 1 diabetes”, the president vowed to make insulin affordable.

“It generally affects children and young adults, but can occur at any age. Damage to cells or pancreas can be genetic or acquired by viral levels or autoimmune reactions of the body. Type 1 diabetes demands the adoption of strict lifestyle changes and dietary habits to keep the condition under control. Unlike other conditions, an individual’s participation and medical and social support are of paramount importance,” Dr Gupta had said.