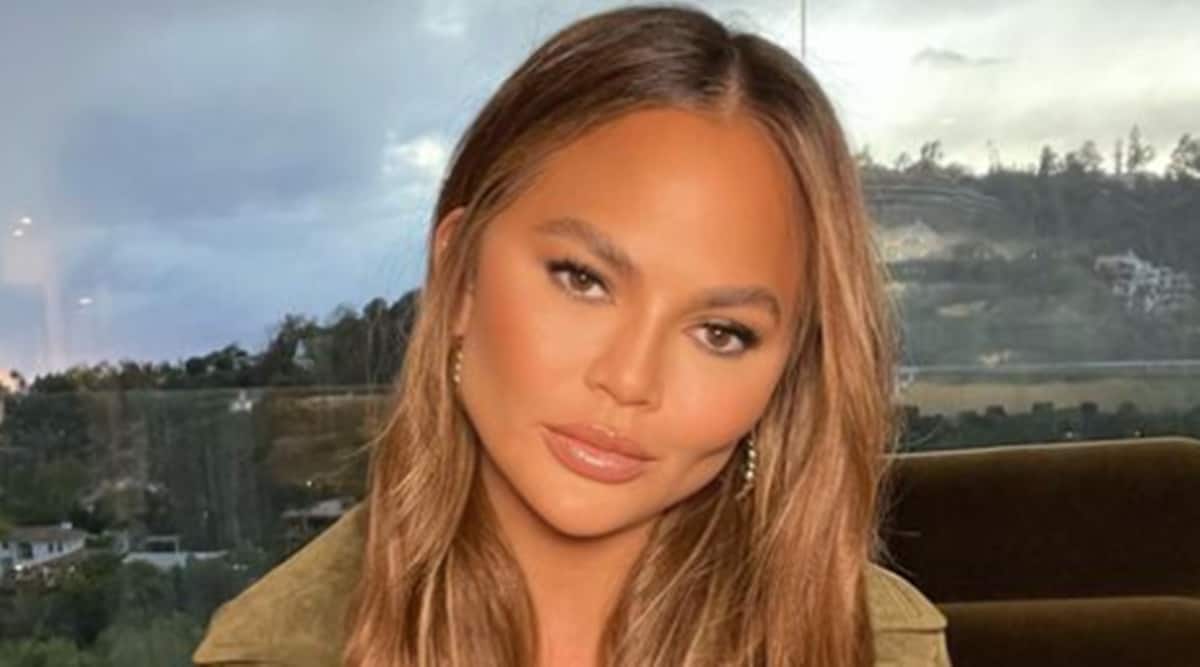 After she lost her third child in 2020 due to excessive bleeding during pregnancy, model and cookbook author Chrissy Teigen took to Instagram to share an update about her reproductive journey, sharing that she has started IVF treatment “to save as many eggos” as she possibly can.

The 36-year-old wrote a lengthy caption alongside a photo, in which posed while stretching her body. “I wanted to let you guys know I’m balls deep in another IVF cycle to save as many eggos as I possibly can and hopefully make some strong, healthy embryos.”

“I honestly don’t mind the shots…they make me feel like a doctor/chemist…but the bloating is a b***h, so I humbly beg you to stop asking if I’m pregnant because while I know it’s said with excited, good intentions, it just kind of sucks to hear because I am the opposite of pregnant!” she continued.

Teigen also requested people to stop asking others if they are pregnant. “But also like please stop asking people, anyone, if they’re pregnant. I said this in the comments and got yelled at because the internet is wild but I’d rather be the one to tell you and not some poor woman who will look you in the eyes through tears and that’s how you finally learn.”

IVF or in-vitro fertilization is a reproductive technique that allows the mother to carry an embryo that has been fertilised outside the body, when conceiving naturally is no longer an option. Dr Kshitiz Murdia, CEO and co-founder of Indira IVF explained that it is an “assisted reproductive technique in which a female’s reproductive system is artificially stimulated to create oocytes, which are then extracted, fertilised in a laboratory with sperm, and placed in the uterus”.

“After the initial step of consultation in IVF cycles, several blood tests and scans are performed to assess various parameters such as health conditions (thyroid, diabetes), hormone levels, as well as sonography to ascertain ovarian reserve or the number of viable eggs present in the ovaries. In a typical menstrual cycle, one egg is released from the ovary during ovulation; however, after baseline scans for ART, hormonal injections are administered to stimulate ovaries and develop multiple eggs to increase the chances of a successful pregnancy,” he told this outlet.

The female is stimulated with injectable drugs to “mature multiple follicles in order to obtain enough eggs for the IVF process“.

In most cases, said the doctor, the injections are “self-administered” or injected by their partner. “In most IVF drug stimulation protocols, two separate injectable medicines are employed – one medicine prevents ovulation from taking place before eggs are extracted while the other stimulates multiple egg development.”

What causes the bloating?

According to Dr Murdia, a small amount of bloating is frequent, especially before egg extraction, but moderate or severe bloating is uncommon.

“Bloating is caused by the formation of follicles, which causes the ovaries to expand. Normally, a female has only one dominant follicle in every menstrual cycle, but in case of an ART procedure, several follicles develop simultaneously.

“Follicle count determines how much swelling a female may experience during the cycle. Females who experience Ovarian Hyperstimulation Syndrome (OHSS) have a lot of developing follicles in their ovaries, and their estradiol levels are high; this causes fluid to leak into the stomach, causing bloating, nausea, and abdominal swelling,” he explained.