Monsoon healthcare: With leptospirosis cases on the rise, here’s everything to know about the disease 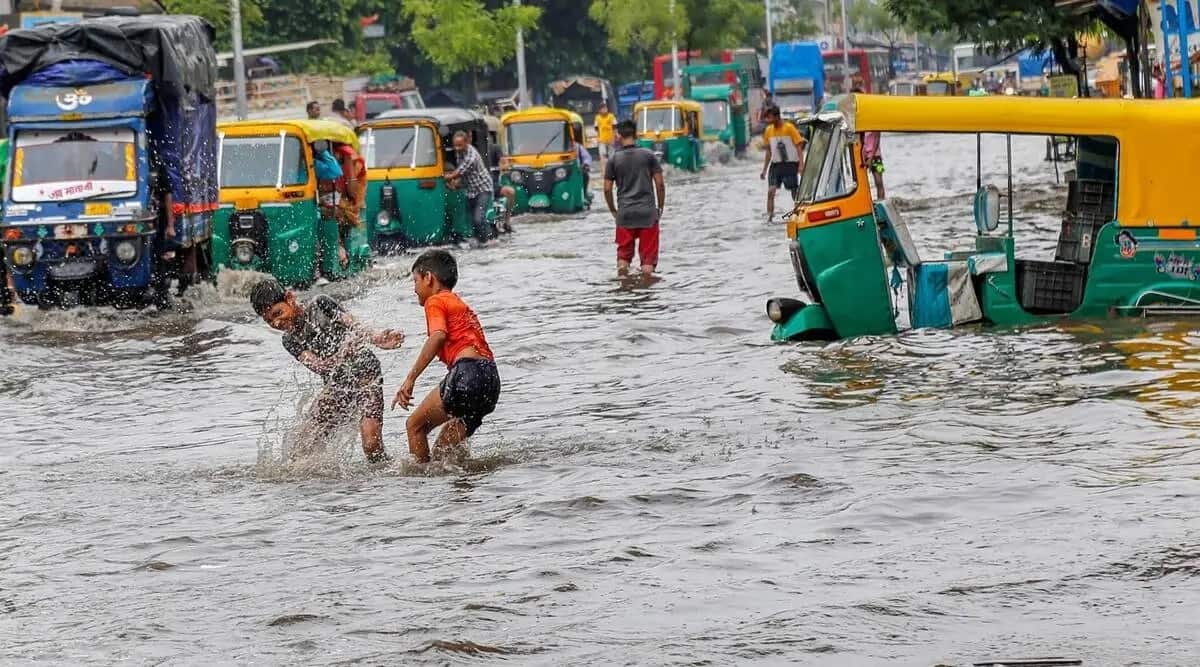 It was recently reported that amid the ongoing monsoon season, heavy rains and waterlogging situations in the city of Mumbai led to a surge in leptospirosis cases. The health department of the Brihanmumbai Municipal Corporation (BMC) even issued an advisory regarding safety measures to follow. Residents have been asked to keep a check on diseases like dengue and leptospirosis, with more water stagnation expected in the coming days.

For the unversed, leptospirosis is caused by a type of bacteria called ‘leptospira’; it is a zoonotic disease, which can infect both humans and animals like rats, mice, dogs, cows etc. According to Dr Sweta Shah, lead consultant — microbiology and infection prevention — at the Kokilaben Dhirubhai Ambani Hospital, the bacteria is usually present in contaminated water and soil, where animals have passed urine.

“When a person walks through this water or [on this] soil, the bacteria can enter the body through open wounds — which may be invisible — or mucous membranes like the eyes or mouth. Further, it enters the bloodstream and spreads in the body. While it is usually a mild infection, it can also turn into a serious disease,” the doctor tells indianexpress.com, adding that it can rarely lead to death, too.

Most of the time, leptospirosis causes mild flu-like symptoms or no symptoms, but it can also lead to serious complications such as meningitis, kidney failure or respiratory problems. (Photo: Getty/Thinkstock)

Is leptospirosis more common in the monsoon season? Yes, says Dr Shah. “There is a seasonal spike in leptospirosis cases during monsoon in India, as a large number of people come in contact with contaminated, stagnant water, especially during and after flooding. It is also described as a ‘monsoon-related illness’,” she says.

Agreeing with her, Dr Preeti Chhabria, director — internal medicine and general medicine — at Sir HN Reliance Foundation Hospital, Mumbai explains that leptospirosis in Mumbai is predominantly seen in the monsoon season, more so after heavy rain spells along with flooding.

“Leptospira bacteria, which inhabit rodents and other animals, can infect humans when they come into contact with water that has been tainted with rodent or infected-animal urine. Whenever it rains or floods, wading through contaminated water offers the bug an access to the skin through various scrapes and sores. The sickness can incubate for up to 20 -24 days, with an average of 10 days,” Dr Chhabria says.

According to her, the illness can range in severity.

A large number of people come in contact with contaminated, stagnant water, especially during and after flooding, putting them at risk. (Photo: Getty/Thinkstock)

Dr Chhabria says the symptoms can be mild or moderate with a high grade fever, chills, body aches, and redness in the eyes.

Adding to this, Dr Sulaiman Ladhani, consulting chest physician, MD chest and tuberculosis at Masina Hospital, Mumbai tells this outlet that most of the time, leptospirosis causes mild flu-like symptoms or no symptoms, but it can also lead to serious complications such as meningitis, kidney failure or respiratory problems.

He explains that there are two phases of leptospirosis. “First phase is like a mild flu-like sickness which accounts for 90 per cent of the cases, in which a person may feel better and recover. In the second phase, it is a form of jaundice and it is also known as ‘whale’s disease’. It can be severe and lead to complications. This type can last for several weeks, but is less common.”

According to him, common symptoms seen in leptospirosis are:

What does the treatment process entail?

According to Dr Shah, leptospirosis can successfully be treated with antibiotics like doxycycline, azithromycin, and ceftriaxone, which are given orally or through an intravenous route. “The patient should be hydrated at home and in the hospital. Other symptomatic and supportive treatments for fever and pain can also be given based on the doctor’s recommendation,” she says.

Dr Ladhani adds that simple remedies like “rest, hydration, symptomatic treatment and antibiotics like penicillin and doxycycline” are best. In case of severe illness, he says that hospital admission may be necessary. “And if there are complications then other critical treatment may be required. Diagnosis is based on clinical history and by blood tests; liver and kidney tests [can be done] to check for complications.”

Just like any other disease, leptospirosis, too, can be prevented. According to Dr Anita Mathew, infectious disease specialist at Fortis Hospital, Mulund, people can do the following:

* Avoid walking and wading through flooded water or roads.
* Wash and dry the legs after getting wet or walking in flooded streets.
* If there has been a prolonged exposure to flooded areas, they can check with their doctor for certain medicines as preventative remedies, like prophylaxis.

“If infected, one should monitor fever, oxygen levels, cough, urination state and colour of urine. It is preferable to get admitted if symptoms are severe,” she says.

Dogs typically contract leptospirosis through direct contact with urine of an infected animal, and through open wounds or sores. (Photo: Getty/Thinkstock)

Are some people more susceptible than others?

Based on where someone stays, it could be true that some sections may be more at risk. Dr Shah says that in urban areas like Mumbai, usually two groups are most affected: slum dwellers and the working population who have to walk through flood water during their daily commute in local trains, buses etc. In other areas, activities like fishing or swimming also can be risk factors. “Also, pets can carry and transmit infections,” she warns.

So, what should pet owners keep in mind?

Dr Ladhani says dogs typically contract leptospirosis through direct contact with urine of an infected animal, and through open wounds or sores. “Once infected they might have mild or no illness, or if the disease is severe they may have fever, sore muscles, reluctance to move with stiffness in muscles and legs, shivering and lack of appetite, increased thirst and urination, rapid dehydration, vomiting and diarrhea. They may also have dark gums and yellowness of skin, with swelling of the mucus membrane.”

He adds that antibiotics may be prescribed by a veterinarian depending on the stage of infection. “Home care is important. Ideally when the dog is being treated they should be kept away from other pets and children, and gloves should be worn while handling them, their fluid and waste products. Areas where the dog has urinated or vomited should be cleaned and disinfected.”

Dr Mathew adds that one can protect their pets from some strains of leptospirosis by vaccinating them. “Animal-to-human transmission is known by contamination through urine in the environment, but human-to-animal transmission is not very common,” she says.