Gambling: What happens in the brain when we get hooked – and how to regain control 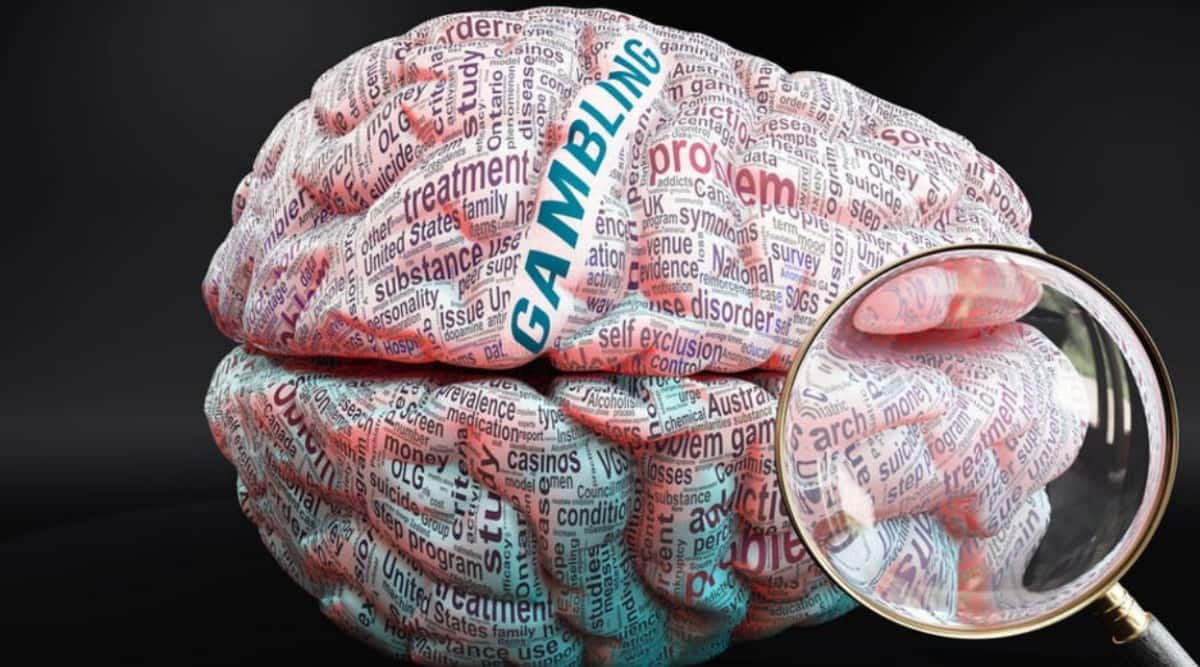 Many people turned to online gambling during the pandemic. And while a large proportion of us are able to gamble recreationally, without serious negative impact, the pandemic has led to a rise in gambling addictions.

In the UK, for example, we’ve seen the biggest increase in women seeking help ever. Such addiction can lead to problems with mental health, cognition and relationships, as well as leading to bankruptcy and criminality.

Our new article, published in The Lancet Psychiatry, reviews research on gambling addiction, and makes recommendations about how to best prevent and treat it.

Gambling is a huge problem. According to the most recent estimate from the World Health Organisation, from 2016, players’ annual global gambling losses were estimated to total US$400 billion (£295 billion). In 2021, the UK’s Gambling Commission estimated that prevalence of “gambling disorder” was 0.4% of the population.

Dopamine pathways in the brain. (Shutterstock)

Another survey found that the highest rates of problem gambling were in Asia, followed by Australasia and North America, with lower rates in Europe.

Researchers have developed game simulations (which they call “tasks”) to measure problem gambling, such as the Iowa Gambling Task and the CANTAB Cambridge Gambling Task.

In the latter, which assesses risky decision-making and betting, participants are asked to guess whether a yellow chip is hidden within a blue or red box, with the ratios of blue and red boxes changing over time.

They can then decide how many of their points to bet on their decision.

If they win, they add the points to their total, but if they lose, those points are lost. They are told to be careful not to go “bankrupt” – losing all their points.

This task may be able to detect those gamblers who are “at risk” of developing a gambling disorder, but may not be there yet – particularly if they show signs of being impulsive.

Using such tasks, research has shown that betting, in healthy individuals, is most common in people between the ages of 17 and 27 and declines as we get older.

Another study showed that gamblers with addiction problems tend to increase their betting over time, and end up going bankrupt. Alcohol and nicotine dependency have also been linked to greater betting problems.

From neuro-imaging studies, it is clear that there are several brain regions associated with gambling.

Studies have shown that important regions associated with risky decision-making include the ventromedial prefrontal cortex (involved in decision-making, memory and emotion regulation); orbital frontal cortex (which helps the body respond to emotions); and insula (which regulates the autonomic nervous system).

Problem gamblers may therefore have increased activity in these areas.

When gamblers watch the results of their bet, they also show increased brain activation in the reward system of the brain, including the caudate nucleus.

This may be particularly strong in people who are addicted to gambling. Dopamine, a so-called neurotransmitter which helps nerve cells to communicate, is also known to be an important chemical in the brain’s reward system.

When gamblers watch the results of their bet, they also show increased brain activation in the reward system of the brain, including the caudate nucleus. (Source: Unsplash)

One study also found that problem gamblers showed significantly higher levels of excitement when dopamine was released in their brains compared to healthy people.

Dopamine release seems to reinforce problem gambling through increasing excitement levels, reducing inhibition of risky decisions, or a combination of both.

Guidelines for the treatment and management of gambling disorder from the National Institute for Health and Care Excellence in the UK are also being developed and expected to be published in 2024.

Some medications, such as selective serotonin reuptake inhibitors (SSRIs) may be effective in reducing aspects of gambling disorder symptoms, such as depression.

We also know that opioid receptors in the brain help it process rewards, and have long been suspected to be drivers of addiction.

We discovered that there is some evidence indicating that a drug called Naltrexone, which blocks opioid receptors, may help some people with gambling disorder. But more research is required before this can become a standard treatment.

There are also things you can do yourself to control your gambling. The NHS Live Well website provides information for services available for problem gamblers.

It offers tips such as paying your bills before you gamble, spending time with friends and family who do not gamble, and dealing with your debts.

Gamblers would also be wise to avoid seeing gambling as a way to make money, stop bottling up their worries about gambling habits and avoid taking out credit cards to pay for gambling.

As with all mental health problems, the key is to get early support and treatment.

This is especially important so that normal rewards, such as spending time with family and enjoying walks and exercise, are still pleasurable and the reward system does not get hijacked by gambling.