Exercise can build up your brain. Air pollution may negate those benefits. 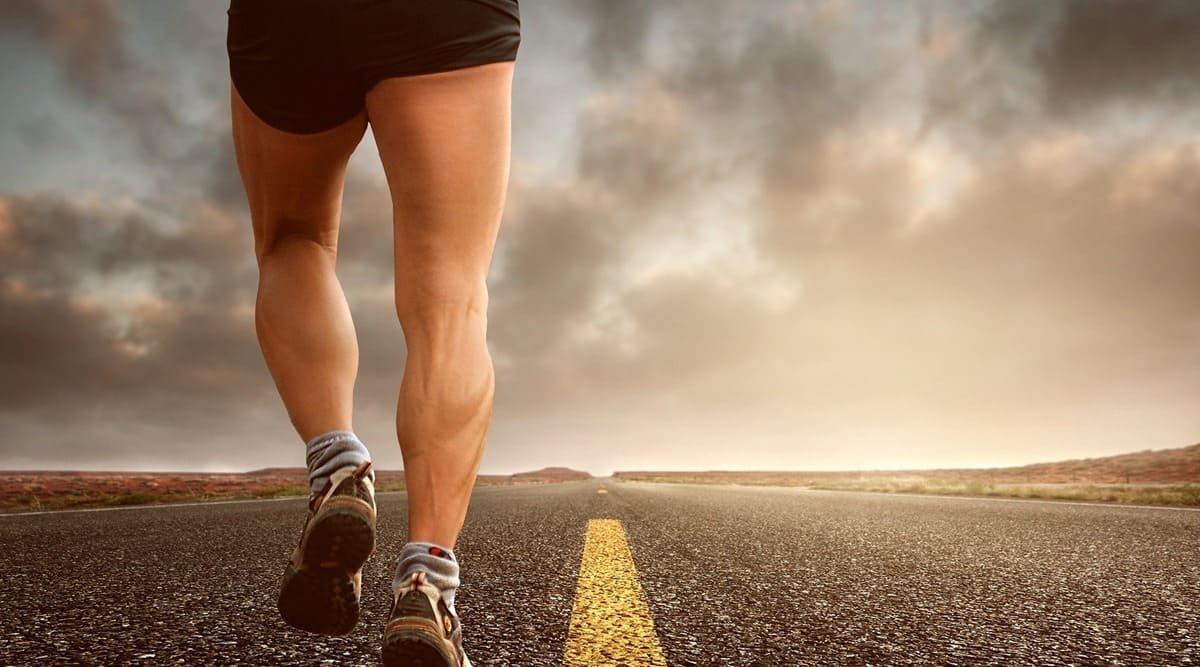 Work out in polluted air and you may miss out on some of the brain benefits of exercise, according to two, large-scale new studies of exercise, air quality and brain health. The studies, which involved tens of thousands of British men and women, found that, most of the time, people who ran and rode vigorously had larger brain volumes and lower risks for dementia than their less active peers. But if people exercised in areas with even moderate levels of air pollution, the expected brain improvements from exercise almost disappeared.

The new studies raise questions about how to balance the undeniable health gains of working out with the downsides of breathing in bad air and underscore that our environment can change what exercise does — and does not do — for our bodies.

A large body of evidence demonstrates that, on the whole, exercise bulks up our brains. In studies, active people generally sport more gray matter in many parts of their brains than sedentary people. Gray matter is made up of the brain’s essential, working neurons. Fit people also tend to have healthier white matter, meaning the cells that support and connect neurons. White matter often frays with age, shrinking and developing Swiss-cheese-like lesions even in healthy adults. But fit people’s white matter shows fewer and smaller lesions.

Partially as a consequence of these brain changes, exercise is strongly linked with lower risks for dementia and other memory problems with age.

But air pollution has the opposite effects on brains. In a 2013 study, for example, older Americans living in areas with high levels of air pollution showed bedraggled white matter on brain scans and tended to develop higher rates of mental decline than older people living elsewhere. And in a 2021 study of rats housed in cages placed near a heavily trafficked, exhaust-clogged road tunnel in Northern California, most of those bred with a predisposition to a rodent analogue of Alzheimer’s disease soon developed dementia. But so did another set of rats with no genetic inclination to the disease.

Few studies, though, had explored how exercise and air pollution might interact inside our skulls and whether working out in smoggy air would protect our brains from noxious fumes or undermine the good we otherwise gain from working out.

So, for the first of the new studies, published in January in Neurology, researchers at the University of Arizona and University of Southern California pulled records for 8,600 middle-aged adults enrolled in the UK Biobank. A huge trove of health and lifestyle records, the Biobank holds information on about more than 500,000 British adults, such as their ages, home locations, socioeconomic status, genomes and extensive health data. Some of the participants also completed brain scans and wore activity monitors for a week to track their exercise habits.

The researchers focused on those who had worn a monitor, had a brain scan and, according to their trackers, often exercised vigorously, such as by running, which meant they breathed heavily during workouts. The heavier you breathe, the more air pollutants you draw in. The researchers also included some people who never worked out vigorously, for comparison.

As expected, vigorous exercise was linked, in general, to sturdy brain health. Men and women who lived and presumably worked out in areas with little air pollution showed relatively large amounts of gray matter and low incidence of white matter lesions, compared to people who never exercised hard. And the more they exercised, the better their brains tended to look.

But any beneficial associations almost disappeared when exercisers lived in areas with even moderate air pollution. (Levels in this study were mostly within the bounds considered acceptable for health by European and American air quality standards.) Their gray matter volume was smaller and white matter lesions more numerous than among people living and exercising away from pollution, even if their workouts were similar.

Extending these findings in a second, follow-up study published this month in Medicine & Science in Sports & Exercise, the same scientists repeated aspects of this experiment with another 35,562 older UK Biobank participants, comparing people’s exercise habits, local pollution levels and diagnoses of dementia, if any. The data showed the more people exercised, the less likely they were to develop dementia over time — provided their local air was clear. When it was moderately polluted, though, they had an increased long-term risk of dementia, whether they exercised or not.

“These data are of significant importance in terms of our understanding of modifiable risk factors for brain aging,” said Pamela Lein, a professor of neurotoxicity at the University of California, Davis, who led the earlier study of rats and pollution. She was not involved with the new studies. “The observation that air pollution negates the well-established beneficial effects of exercise on brain health is alarming and increases the urgency for developing more-effective regulatory policies” related to air quality.

The studies have limitations. They are observational and show links between exercise, pollution and brain health, but cannot prove that bad air directly counteracts the brain benefits of exercise, or how this might occur. They also did not look into where people worked out, only that some lived in places with iffy air.

But the results do intimate that the quality of the air influences the results of the workout and that for the sake of our brains, we should try not to exercise in bad air, said David Raichlen, a professor of biological sciences at U.S.C. and co-author of the new studies.

In practice, a number of measures may help to bolster the brain benefits of exercise, experts say.

* “Stay away from busy highways, if at all possible,” Dr. Raichlen said. Automobile exhausts are among the worst pollutants for human health.

* Check local conditions at airnow.gov, which uses the color-coded Air Quality Index to rate air quality by ZIP code. Most weather apps also include the local A.Q.I. Aim to workout in air quality rated as Green, which is Good. Air quality changes throughout the day, so check back in a few hours if conditions seem unfavorable at first.

* Working out indoors may be no better. “The available evidence suggests pollution levels indoors are about the same as those outside,” Dr. Raichlen said, unless a building, such as a gym, has installed extensive air filtration systems. Pollutants can readily enter buildings through open doors or windows or cracks in the structure, and the government doesn’t routinely monitor indoor air quality. You can learn more at the Environmental Protection Agency website.

* Masking might help. Both surgical and N95 masks filter some unhealthy particulates, such as soot and other matter, said Melissa Furlong, an environmental epidemiologist at the University of Arizona and co-author of the two studies. “If you don’t mind wearing a mask while exercising,” she said, “this would likely result in a reduction of exposure to particulates.”

* Most important, keep exercising. Exercise has multiple benefits for cardiovascular health, and “we do not want to discourage people from being physically active,” Dr. Raichlan said, even if air conditions are not ideal. In the new studies, the brains of people who exercised in polluted air looked no better, he pointed out — but their brains were also no worse than those of people who did not exercise at all.

So, if your only opportunity to exercise is with some pollution hanging in the air, don a mask and go. Then check your local A.Q.I. forecast to look for clearer conditions in the future. The better the air quality is around you as you exercise, Dr. Raichlen said, the better the workout will be for your brain.