Can oily fish, cherries or milk help you sleep? Here’s what the evidence shows 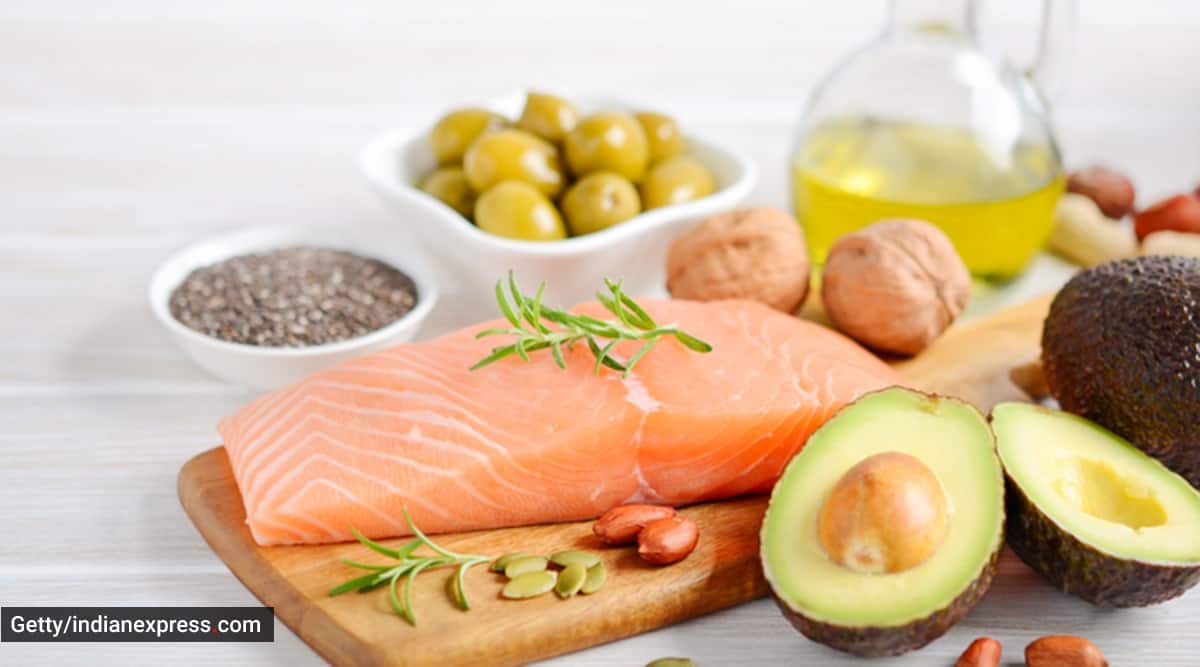 Almost one-in-five British people report they don’t get enough sleep each night. The problem is so bad that in total the UK public are losing around a night’s worth of shut-eye each week.

There are a lot of popular beliefs about foods and drinks helping people get a good night’s rest, but many of them are not based on scientific evidence. Here’s what we know.

Chemistry of food and sleep

Our diet has an influence upon sleep patterns by affecting the sleep hormone melatonin. For example, foods rich in the essential amino acid tryptophan are commonly cited as helping sleep, as tryptophan helps produce melatonin. Additionally, some vitamins and minerals may help sleep, such as vitamin D, magnesium and zinc.

Oily fish: Evidence suggests the more oily fish, such as salmon or herring, you eat the better you sleep. Oily fish contain healthy fats such as omega-3 oils which have been shown to improve sleep in children and are involved in serotonin release. Serotonin, a brain chemical linked to mood, also regulates the sleep-wake cycle which may also explain how eating oily fish can help.

Tart cherries: A number of studies have looked at consumption of tart cherries, usually in the form of a drink, and sleep. Evidence suggests that tart cherries improves sleep in older adults, probably due to their ability to increase melatonin levels. And tart cherries are also rich in nutrients, including magnesium, which also may improve your sleep.

Kiwi fruit: The evidence for kiwi fruit helping you sleep is mixed. One study suggested four weeks of kiwi fruit consumption improved multiple sleep measures, while another, admittedly in sufferers of insomnia, found no effect. Based on these findings it is not clear yet that eating kiwi fruit will benefit sleep for most people.

Oysters: In 1888 W F Nelsom wrote, “He who sups on oysters is wont on that night to sleep placidly”.

There is some evidence to back up this statement, with zinc-rich foods, including oysters, being reported to benefit sleep. However, on balance eating oysters before bedtime is unlikely to be beneficial to your night’s sleep.

Alcohol and other drinks

Alcohol causes brain activity to slow down and has sedative effects that can induce feelings of relaxation and sleepiness. But consuming alcohol is actually linked to poor sleep quality and duration. Although drinking alcohol may cause more rapid sleep onset, this can affect the different stages of sleep, decreasing overall sleep quality.

If you want a good night’s sleep, avoiding alcohol is sound advice. But are there any non-alcoholic drinks that might help?

Warm milk: Research conducted in the 1970s suggested that a glass of warm milk before bed could improve sleep quality. This research was performed in a very small group however, and little research has been done since. Drinking milk does increase melatonin levels which could help. But there isn’t enough evidence to support the claim that a glass of warm milk definitely makes you nod off.

Bone broth: Bone broth commonly crops up in online articles as a food that can aid sleep. This may be due its high content of the amino acid glycine. Glycine has been shown to improve sleep in rodents and humans, possibly by lowering body temperature. There are however no studies specifically looking at bone broth consumption and sleep.

Herbal teas: The range of herbal teas aimed at the sleep market has grown and grown. Evidence for valerian, a common ingredient, to aid sleep is inconclusive.

Decaffeinated green tea has been reported to improve sleep quality, which might be linked to the relaxing qualities of L-theanine, an amino acid it contains, but in general, avoiding caffeinated teas is a wise choice. If you like herbal teas, then they can be part of a relaxing pre-bedtime routine — but they are unlikely to improve your sleep quality.

Having a bedroom environment and daily routines that promote consistent, uninterrupted sleep are important. These include keeping to the same time to head off to bed, making your bedroom free of disruptions and having a relaxing pre-sleep routine.

But many of the foods that have claimed benefits for sleep have little or no evidence behind them, to the point there are no legally recognised health claims for food assisting sleep approved in the UK or Europe.

If any one of these things helps you to sleep well, there’s no reason to stop. But just remember the other basics of a good nights sleep too, including relaxing before bed and avoiding too much blue light from electronic devices.