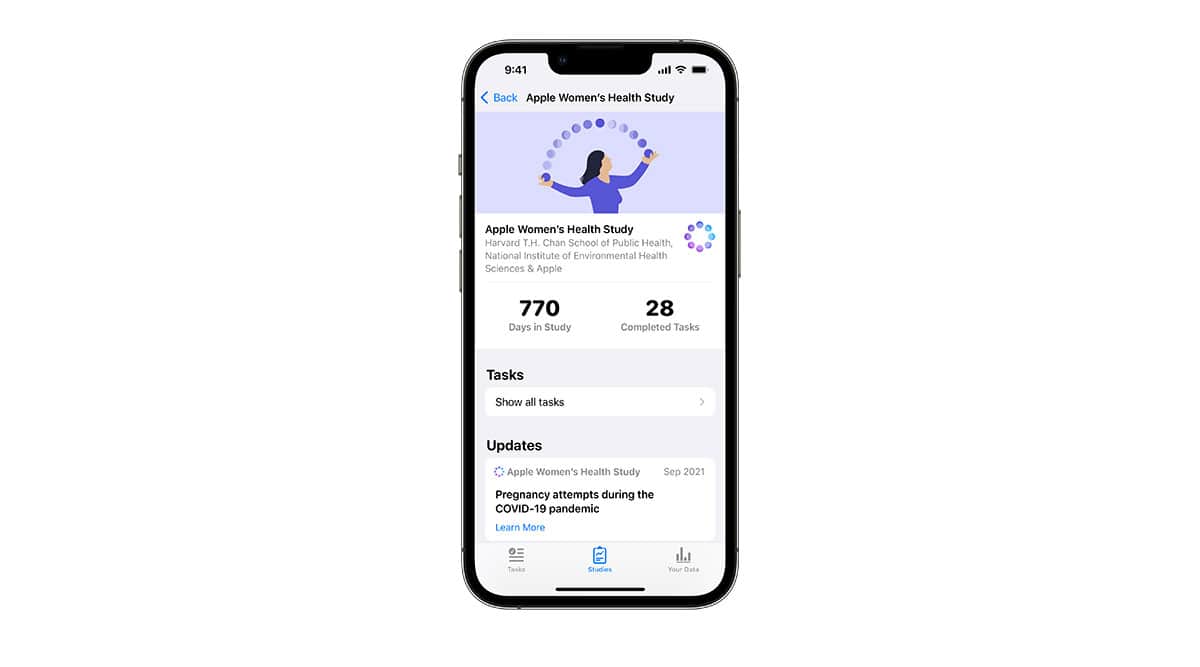 Women who have polycystic ovary syndrome (PCOS) are at a higher risk for diabetes, high blood pressure and cholesterol along with an increased prevalence of obesity. These are the key findings released as part of an Apple Women’s Health study ahead of International Women’s Day on March 8.

PCOS is characterised by an increase in androgen hormones in women. This hormonal imbalance can lead to increased acne, excess facial or body hair, or even loss of hair on the scalp as well as irregular periods. But it also impacts several other health markers for women, and Apple’s study gives more insights on this.

The study was led by the Harvard TH Chan School of Public Health, the National Institute of Environmental Health Sciences and Apple. Participants in the study relied on the iPhone and the Apple Watch to track their monthly menstruation cycle. The feature was introduced in 2019 and is present on all iPhones on the Health app.

“Our study hopes to empower women to contribute longitudinal, scientific data as they go about their everyday lives, rather than only being able to gather fragmented data in a limited setting or during a doctor’s visit,” said Dr Shruthi Mahalingaiah, Harvard T H Chan School of Public Health and co-principal investigator in the study.

Mahalingaiah added it is “one of the first studies where we can look at the connection between menstrual health, polycystic ovary syndrome, and heart health at a population level.” She also stressed that menstrual health remains “significantly under-represented in the research space,” and their study hopes to offer a deeper understanding of “how periods and menstrual cycles can be a window into overall health.”

“Research insights from our study may also help to reinforce the importance of prevention in reproductive care and in the treatment of PCOS. By increasing access to PCOS clinics and encouraging lifestyle interventions at the primary care level, health care providers will be able to provide better quality care to people with PCOS across the lifespan,” she added.

The researchers hope to build on this study, including creating a larger foundational data set on PCOS, with self-tracked variables, and its connection with heart health.

Around 12 per cent of the participants in the study reported a PCOS diagnosis. Those with PCOS were diagnosed between ages 14 and 35 and the median age in the study was 22 years. They were likely to report a family history of PCOS (23 per cent).

PCOS is also linked to infertility, though Apple’s study did not delve into this aspect.

Interestingly, Apple also pointed out that those who had irregular cycles were often the ones tracking their cycles more regularly. This is because tracking cycles on the Apple Watch was helping them identify if there are perhaps some patterns that they should be aware of.

Further, Apple Watch’s heart rate data can also be used by the Health app to predict when one’s next period will take place. Users have to turn this on in the settings of the Cycle Tracking feature in the Health app.

Users can log in their monthly period on the app using Cycle Tracking. Apple usually asks for other data such as the length of the menstruation cycle, the number of days the period typically lasts, etc in order to make the prediction. It also lets users enter other factors such as contraceptives, lactation, etc when adding their cycle data as some of these can also influence their period cycle. For instance, lactation typically disrupts one’s period cycle.

Apple states that just like other health data, the Cycle Tracking data is encrypted and is only accessible with the user’s passcode, Touch ID, or Face ID. It does not share this data with others without the users’ explicit permission.

It should be noted that Apple’s study is limited to participants in the US, who can sign up via its Research app.