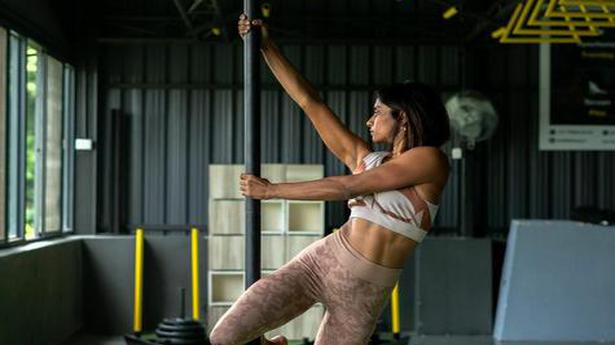 India gets one of its first locally-made fitness poles, thanks to three engineering graduates who have turned Ambattur’s auto ecosystem into a base for manufacturing home-workout equipment

The air at Mannurpet’s network of streets is punctuated by sounds of machining: of steel hitting steel, metal drilling into slabs of concrete, and the sparks of welding.

At the periphery of Ambattur Industrial Estate, these streets are lined with small-scale shops involved in the production of automobile components for companies such as TVS, BharatBenz, Nissan and Hyundai.

Criss-crossing these lanes on their bikes, Mathew Fernandes and Prasanna Perumal say that this mecca of automobile manufacturing is the base for their fitness startup, Sthenos. Along with Muthu Veeran, the three Rajalakshmi Engineering College graduates have founded a make-in-Chennai company, locally manufacturing fitness equipment such as poles, multibars, metal parallets for push-ups, Swedish bars (for gymnastics) and resistance bands.

Sthenos is their pandemic baby; they struck upon the idea when in their fourth year, their college life hit pause due to the lockdowns.

“We realised that everyone on Instagram was either becoming a baker or a fitness influencer,” laughs Prasanna, who was drawn into the world of callisthenics and strength training by Mathew, a parkour enthusiast. “Prasanna made a plastic parallet for himself using tools from college and posted a video. Soon, friends began asking us if we could make it for them,” says Mathew.

Discovering a potential market, the three began experimenting with callisthenics and resistance equipment at Mathew’s house. “But we eventually realised that the manufacturing job would be of a better quality here,” says Prasanna, gesturing at the 12×7 feet shop where he gets the poles made.

Standing next to the lathe machine is the owner S Vijay Kumar. “Vijay anna helped us understand the manufacturing techniques, beyond the design part of it,” says Prasanna, adding lightly, “I think we learnt more engineering in these shops than we did in four years of theory classes.”

Two streets across, 55-year-old welder Arumugam confirms that engineering students often come to him for help with their projects. “All they need to do is come to me with a design idea,” he says.

The Stenos team struck when the metaphorical iron was hot — their collaboration with these manufacturers came at a time last year when the automobile industry was on a dip and jobs were dwindling, allowing them time to take up this small but steady side business of fitness equipment. 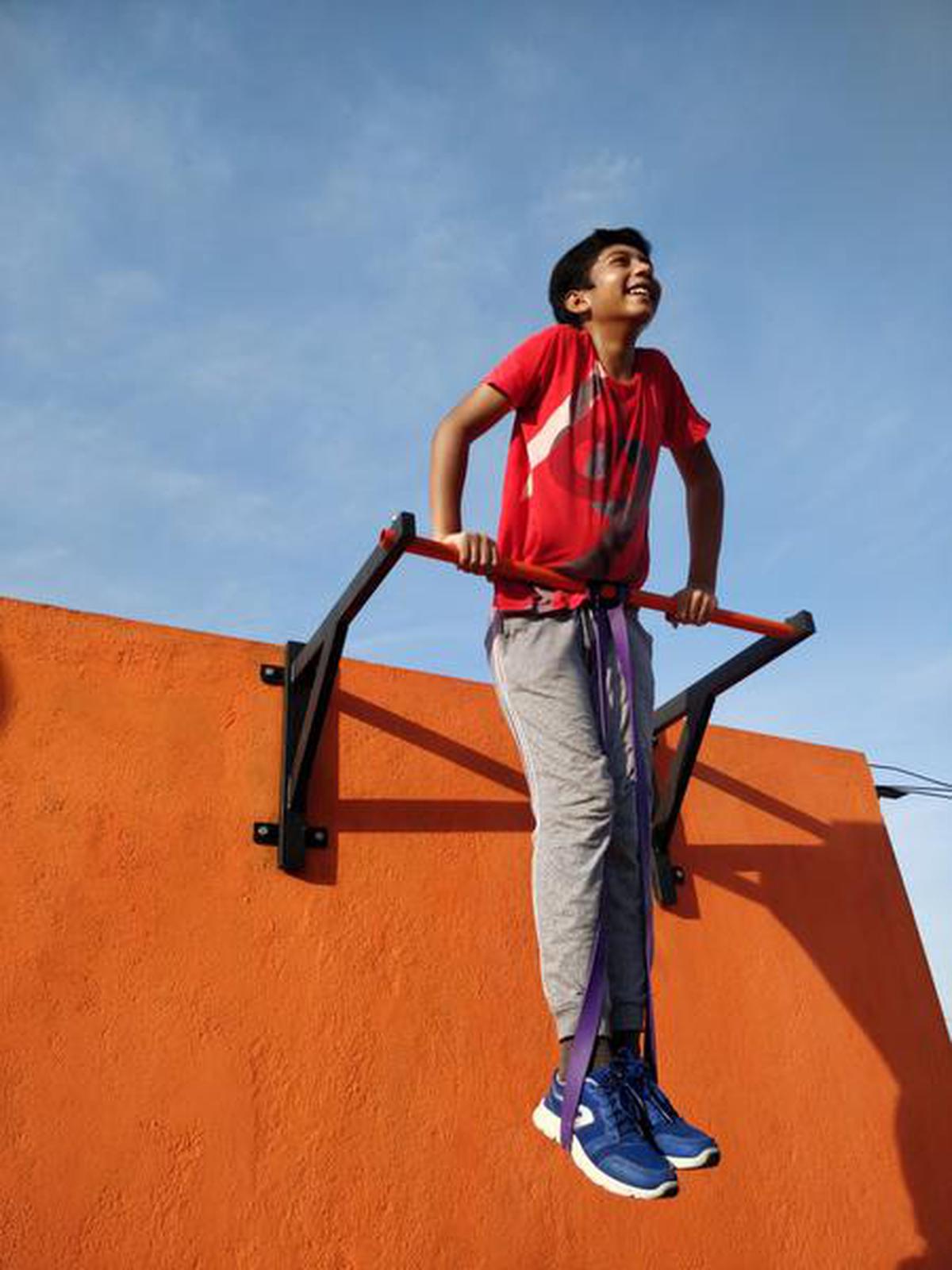 “This sort of decentralised supply chain works for us too because we don’t have an inventory or factory,” says Mathew. Adds Prasanna, “Plus the advantage of manufacturing locally is better service: if any part breaks down or if you lose any part, you can get it supplied within 15 days.”

Up the success pole

The equipment that Sthenos is hoping will give them elbow room in a crowded market is the fitness pole. The company is one of the few in India to manufacture their own, most pole-setups are imported.

The idea came out of a discussion with city-based choreographer and pole fitness coach Anusha Swamy. “Poles generally work on body grip, which requires you to be minimally clothed. I wanted a pole that was suitable for the Indian subcontinent, which would allow more women to try pole fitness,” she says. 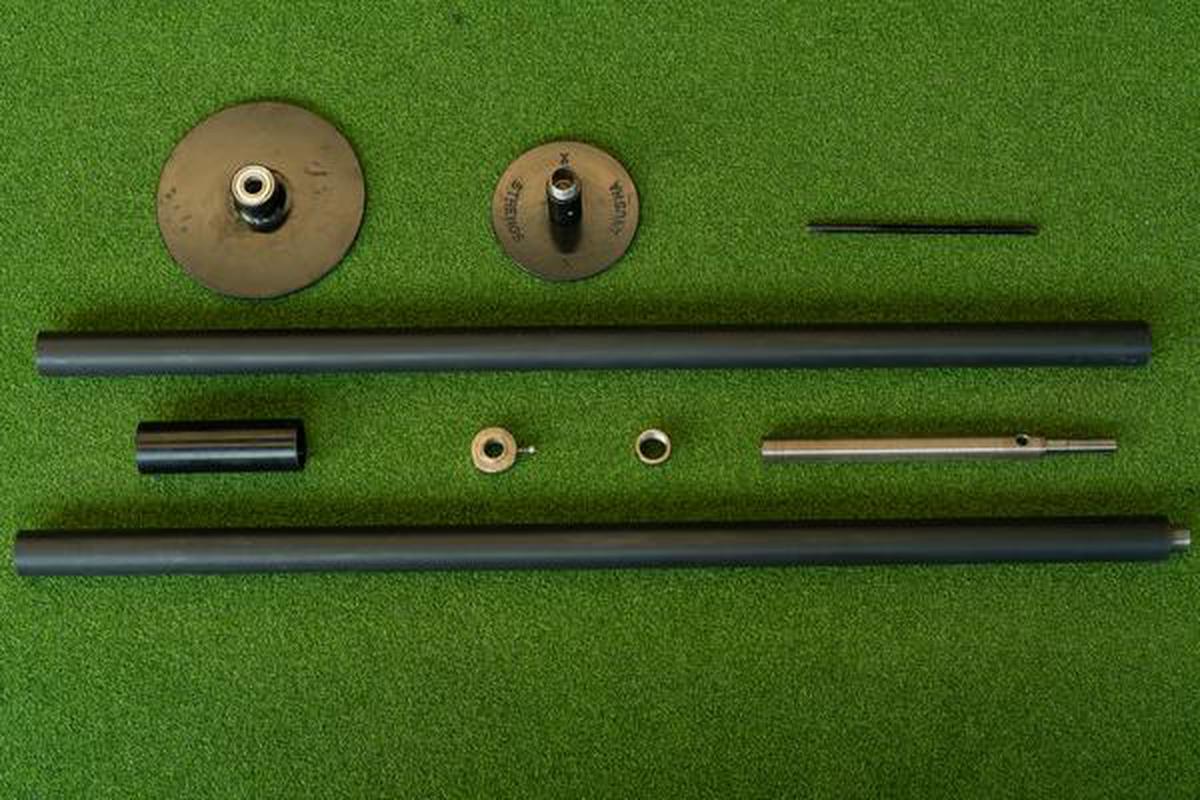 Sthenos’ solution was to introduce a silicone sleeve that adds grip. Anusha has been using these poles for her newly launched pole camp at Tattva, ECR and workshops at Chetpet Ecopark.

The Sthenos team is relying on this blooming interest in pole fitness to dig their feet firmly in the market. “Seeing all our classmates get good jobs gives us FOMO for sure, and offers from IT companies are tempting,” says Prasanna, “But with every sale we realise we are doing something offbeat and that makes it worth it.”